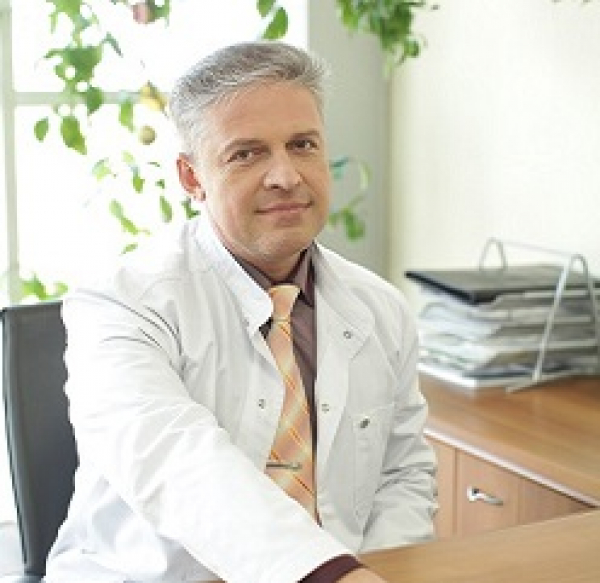 In the 2000 years, Aleksey Aleksandrovich, on the basis of the IUPF, created and managed phlebology centers in Smolensk, Bryansk and Vyazma. Thousands of successfully treated patients passed through the hands of Dr. Antipov. Currently, he is the Head of the branches of the MEPC Innovation Phlebology Center at the Clinics Park Medical Center in Smolensk, branches in the cities of Yartsevo and Safonovo.

The treatment methods used by Dr. A. Antipov

Antipov Alexey Alexandrovich is a recognized expert in aesthetic methods of treatment of varicose veins of the lower extremities and vascular asterisks, leading aesthetic phlebologist in Moscow. Micropenic sclerotherapy or removal of vascular asterisks in the hands of this expert is a masterpiece of phlebological art. Few people in Russia have such experience of sclerotherapy. Alexey Alexandrovich is not only an aesthetic phlebologist-expert, but also a certified specialist in ultrasound diagnostics of veins of the lower extremities. He studied at the Department of Functional Diagnostics “RNIMU” named after. N.I. Pirogov Ministry of Health of the Russian Federation.

Certificate of a member of the AFR Antipov Alexey Alexandrovich

At the Center for Phlebology "MIFTS" under the leadership of Dr. A. Semenov Antipov Alexey Alexandrovich successfully engaged in aesthetic phlebology. He is a leading specialist in the removal of spider veins and reticular varicose veins. In its practice, it uses only innovative methods of sclerotherapy: microfoam (Foam-Form) sclerotherapy, echo sclerotherapy, ozone sclerotherapy. In Moscow, and in Russia, there are very few professionals involved in the problems of spider veins, such as Alexey Alexandrovich. And such a huge experience of phlebosclerosis have only a small number of phlebologists. Alexey Alexandrovich conducts a session of sclerotherapy of the lower extremities

Also, Aleksei Aleksandrovich is fluent in endovascular methods for eliminating major varicose veins. He performs endovasal laser obliteration (EVLO) and Closure FAST (RFA) radiofrequency ablation daily. In the clinic, Dr. Antipov performs all types of surgical interventions for pathology of the veins of the lower extremities: Troyanov-Trendelenburg operation or crossectomy, miniflebectomy, microflebectomy. Surgeon Phlebologist Antipov Aleksey Aleksandrovich is a certified expert in the field of ultrasonic duplex scanning (USDS) and uses ultrasound of blood vessels to examine patients with varicose veins. “Grateful patients from all over Russia” - this is the life credo of surgeon-phlebologist Antipov Alexey Alexandrovich.

Patient's review of treatment at our center by the surgeon-phlebologist Antipov A.A. I want to express my deep gratitude to Aleksey Aleksandrovich Antipov, who successfully performed the operation on me. In September, an endovasal laser coagulation of the veins of the lower extremities was performed to me at the branch of the Phlebology Center “MIFC” in Smolensk. And varicose veins were over 10 years old and I was afraid of surgery. There was a lot of excitement and anxiety, but Alexey Alexandrovich reassured and performed the operation remarkably, there were no pains, everything healed quite quickly. I also want to express my gratitude to the doctor Semenov Artyom Yuryevich, with whom Alexey Alexandrovich performed an operation together. I really liked the fact that the doctors always encouraged me during the operation, joked, and were very attentive to me. I recommend everyone who has problems with veins to contact Alexei Alexandrovich. I wish you health and success in your hard work. Filimonekova Tatyana, Smolensk. 22.10.2018

Review of our patient about the treatment by the surgeon-phlebologist Antipov A.A. My name is Olga Ivanovna. In the Smolensk phlebology center, “Clinical Park” turned to phlebologist Antipov Alexei Alexandrovich about the disease of varicose veins of both lower extremities. An endovenous laser coagulation (EVLK) + miniflebectomy was prescribed for both legs. The operation was performed by Dr. Antipov A.A. and Semenov A.Yu. - professionals. The result of the operation was satisfied. After the operation, AA Antipov was observed for some time, the doctor is attentive, friendly, she knows her job well, in a word - a professional.

Thank you, Alexey Alexandrovich. Good luck to you, more grateful patients. Good luck in your noble cause! Olga Ivanovna, Smolensk. 14.10.2018

Constantly Alexey Alexandrovich is trained and advanced training, improving his knowledge and skills: