What is a laser in the modern sense?

A laser is a device that creates a powerful stream of electromagnetic radiation with a specific wavelength. In other words, it is a beam of high intensity monochromatic light. The postulates that made it possible to create such a device were formulated by Albert Einstein at the beginning of the 1960th century, and the first optical quantum generator (laser) that produces waves in the optical range was created in XNUMX by Theodore Maiman (USA). 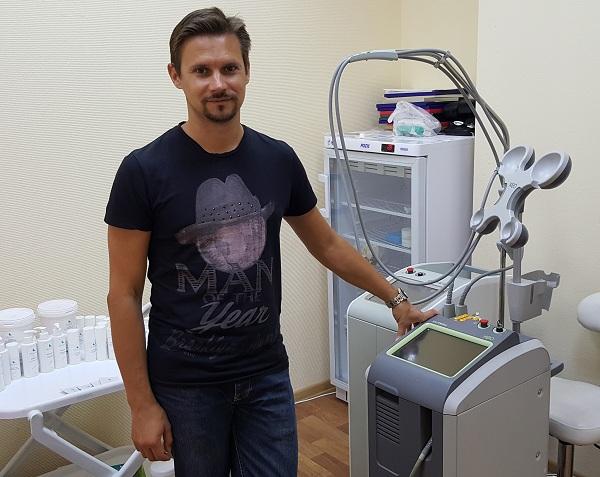 Vascular formations of different localization, being cosmetic defects, often cause psychological discomfort both for women and men. The first attempts to solve such problems with the help of laser radiation were made at the end of the 60, the beginning of the 70-ies of the last century. An argon laser with continuous radiation was used. Despite the effectiveness, an abundance of unwanted reactions (scarring, permanent dyspigmentation) significantly limited the use of this technique.

The situation changed the formulation of the theory of selective photothermolysis by Harvard Medical School scientists Richard Anderson and John Parrish in 1983. This produced a kind of revolution in laser medical technologies. The basis of this theory is the selective absorption by different substances of radiation with different wavelengths. That is, the light beam of a certain monochromatic light will be absorbed by a chromatophoric substance (the concentration of which in the target cell is much higher), will give it energy and cause the corresponding effect, without affecting the surrounding tissues. Determination of the appropriate wavelength, pulse duration and energy density allowed physicians to selectively affect hemoglobin in blood vessels without damaging surrounding tissues. The result of this tactic was a sharp decrease in side effects, such as hypo- and hyperpigmentation, almost complete absence of scarring.

The mechanism of laser action on blood vessels 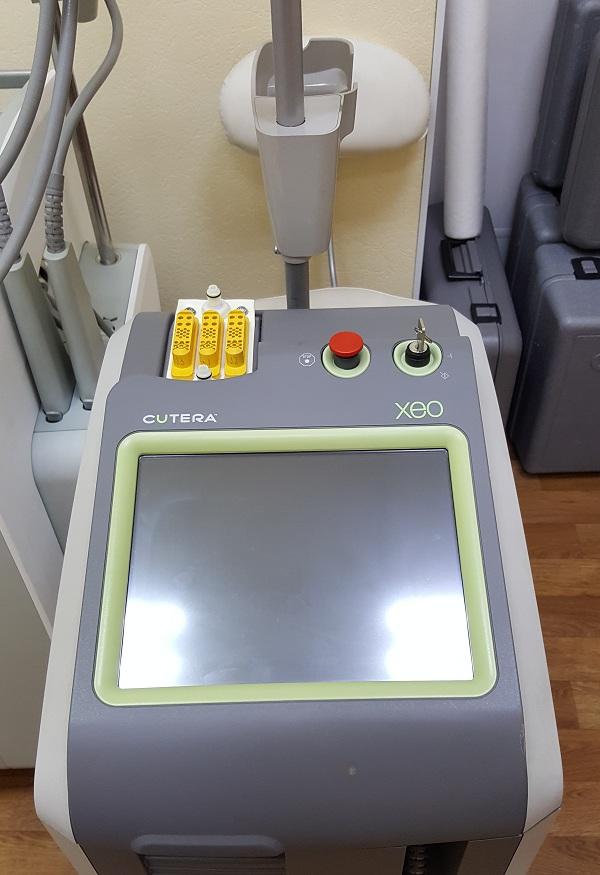 After choosing a suitable laser, it is important to correctly adjust the radiation parameters. These include pulse duration, energy density and light spot size. The pulse duration is determined by the thermal relaxation time (TRT) of the target. Essentially, this is defined as the time it takes for heated tissue to lose about half of its heat. A laser pulse that is shorter than or equal to the TRT will result in damage limited to the target vessel. Energy density and light spot size will directly affect the depth of optical penetration (into tissue). That is, an increase in these parameters will be required if the target is located deep inside the dermis, with a larger diameter of the target vessel.

In the treatment of all vascular lesions, it is important to cool the skin surface to minimize damage to the epidermis.

Examination before the laser procedure

Before the beginning of treatment, the patient is given a general medical examination, for lack of contraindications. The procedure, as a rule, does not require special preparation, nevertheless, it is worth refraining from sunbathing, solarium, chemical peeling in the treatment area, taking anticoagulants about 2 weeks before the treatment.

Are vascular sprouts dangerous for health? The presence of telangiectasias in itself does not pose a threat to life and health. Nevertheless, in some cases, the appearance of cobwebs on the legs is associated with varicose, post-thrombotic disease, vascular dysplasia. In order to identify these clinical situations, ultrasound duplex scanning of the veins of the lower extremities is carried out before all patients are treated. 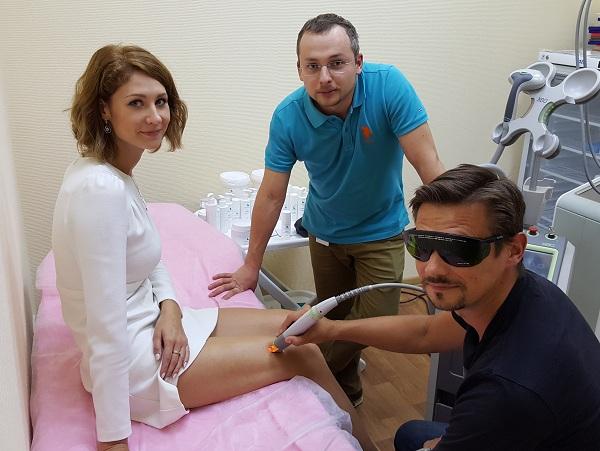 During the demonstration session of laser removal of stars

Indications for laser treatment are:

Contraindications to laser treatment are:

The duration of the procedure depends on the prevalence of vascular changes and takes from 25 to 40 minutes. Laser radiation parameters are selected individually for each specific patient. Most of the vascular neoplasms disappear irrevocably immediately after laser exposure, less often repeated procedures are required. Their number (in most cases, it takes from 1 to 3 sessions) and the intervals between them are determined by the attending physician, depending on the volume of the vascular lesion and the reaction of the skin to laser exposure.

After the procedure, the patient can immediately return to the habitual way of life, however, one should refrain from thermal loads (hot bath, sauna) for 24 hours, do not expose the treated insolation sites for 2 weeks (use sunscreen with SPF 50 for exit to the open sun).

The price of laser coagulation of vascular formations in Moscow varies widely and can reach 2000 rubles per asterisk.

Today sclerotherapy is the gold standard for the treatment of telangiectasias and reticular veins. Nevertheless, there are situations (allergy to sclerosing substances, trypanophobia - fear of the needle, the presence of vessels smaller than the diameter of the 30 G needle), metting (the appearance of a mesh of microvessels in the area of ​​sclerotherapy). For these patients, transcutaneous laser therapy is the ideal solution.

The ability of the laser system to accurately deliver energy to the target can effectively and safely remove a variety of vascular structures in any part of the body.