What is the surgical (classical) treatment of varicose veins

Surgical (classical) treatment of varicose veins, combined phlebectomy or stripping is a surgical operation that involves removing the trunk of the large and (or) small saphenous vein and their varicose inflows. 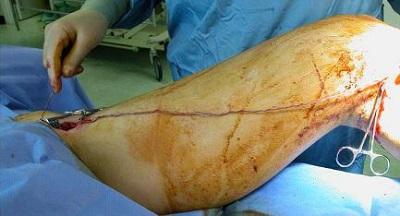 Combined phlebectomy in Moscow is a radical method of treating varicose veins and remains in the arsenal of phlebologists and surgeons, mainly of state medical institutions.

History of surgical treatment of varicose veins of the lower extremities 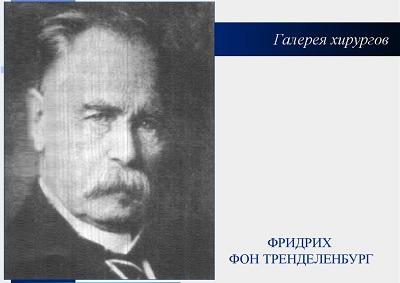 It is safe to say that the modern stage of phlebology, as a medical science, began precisely then. Further, an outstanding domestic doctor, Alexei Alekseevich Troyanov, suggested applying a vein ligation using double ligature and excising a section of a large saphenous vein. In fairness, it is worth noting that none of these luminaries of his time insisted on the obligatory ligation of the great saphenous vein at the level of the safeno-femoral anastomosis. Oddly enough, extremely traumatic and aggressive methods provided the further development of phlebological science. The greatest contribution to the understanding of the anatomy of varicose veins of the saphenous vein and the pathophysiology of reflux was probably made by Modelung’s surgery. The essence of the technique is the removal of a large saphenous vein through a strip incision throughout the entire venous vessel, from the groin to the ankle. Most sane surgeons abstained from the practical application of this operation, but their contribution to the knowledge of venous anatomy was certainly significant. Most importantly, it became clear that the trunk of a large saphenous vein needed to be removed. Already in the 1908 year, V.V. Babcock proposed the option of removing a large saphenous vein using a special probe. Such an innovation, of course, was a breakthrough of its time and the first step to radically reduce the injury rate of the intervention, while retaining all the advantages of removing the trunk of the saphenous vein. With minor changes, mainly related to the design of the probe, the technique has been successfully applied for many decades. A number of specialists, mainly of state medical institutions, do not doubt the relevance of Babcock combined phlebectomy even today, in the 21 century.

Surgical combined phlebectomy, why the technique is not perfect

Combined phlebectomy at the time made a splash, a kind of revolution both in the treatment and understanding of the pathogenesis of varicose veins. More than a century has passed since that moment, today milder versions of anesthesiological aid and other surgical instruments are used, but no fundamental changes have occurred in this surgical technique. Even with the advent of innovations in the form of: PIN-stripping, intravaginal stripping and cryostripping, the technique essentially remained the same. 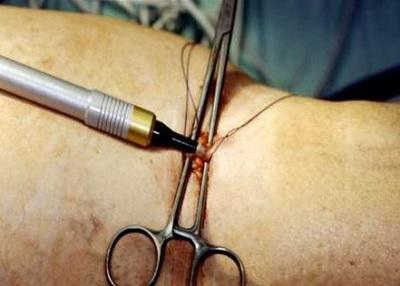 Classical combined phlebectomy using the Babcock probe remains today the most common for the treatment of varicose veins in the public sector of medicine in view of the unobvious benefits of the above innovations.

In modern European practice, the following combined phlebectomy techniques are used, the main difference of which is the design of the probe for removing the vein:

Frankly speaking, the classical surgical treatment of varicose veins (combined phlebectomy) did not have a single argument in its defense, except for the financial one. The last statement can also be challenged, since it follows from the significantly lower cost of a hospitalized patient in the surgery department. Also, no one particularly calculated the economic losses, both of the patient himself and of society as a whole, associated with long-term rehabilitation, using classical surgery. The statement about the greater radicalism of combined phlebectomy, regarding innovative methods today, with the transparency of statistical data, can be safely attributed to speculation on this topic. 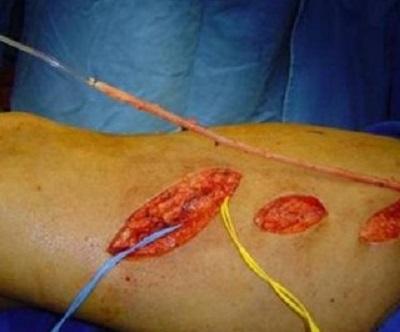 Cuts for phlebectomy - why is it needed?

Today, a good surgeon is no longer proud of large incisions. The main argument of a modern specialist is the treatment carried out in the shortest possible time with the maximum clinical effect.

Indications for classic surgery (combined phlebectomy) are the presence of various manifestations of varicose veins:

Modern combined phlebectomy is performed under anesthesia or epidural anesthesia. After processing the surgical field, ligation and intersection of the main saphenous vein (large or small) is performed in the area of ​​safeno-femoral or safenopopliteal anastomosis, i.e. crossectomy. To access these sections of the venous vessels, incisions are used along the inguinal or popliteal folds. The length of the cuts varies from one and a half to several centimeters. 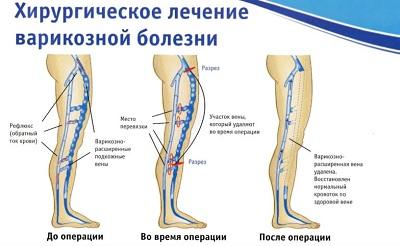 Stripping, removal of saphenous vein trunks with a special probe is performed, followed by removal of the main vein inflows. After controlling hemostasis, aseptic dressings are applied, compression garments or bandages are put on.

In the postoperative period, patients take antibiotics to exclude suppuration of postoperative wounds, pain medications, phlebotonics and anticoagulants. A series of dressings is performed, stitches are removed, usually within 1-2 weeks. The approach to activating patients, as well as the timing of wearing compression knitwear, is determined by the attending doctor. These parameters often depend on the experience of such operations and the personal preferences of the doctor. Hospitalization of patients after classical surgery lasts from 2-3 days to 2 weeks (average 7 days).

The terms of full rehabilitation after combined phlebectomy vary from a few weeks to 2-3 months. It depends on the rate of epithelialization of postoperative wounds, the presence or absence of postoperative complications.

Combined phlebectomy, like any extensive and rather traumatic surgical intervention, is often complicated by the following unpleasant consequences:

The last point should be discussed in detail, because despite the whole range of measures taken to prevent these complications, it is very difficult to completely avoid them. Despite the introduction of the latest anticoagulants into the practice of a modern surgeon, the presence of significant postoperative trauma, skin incisions does not allow the main tool to be used in the fight against venous thrombosis. Namely, early revitalization. Fear of the development of bleeding and hematomas in the operated patients is a weighty argument, but the longer the patient returns to his usual activity, the higher the risk of thrombosis. 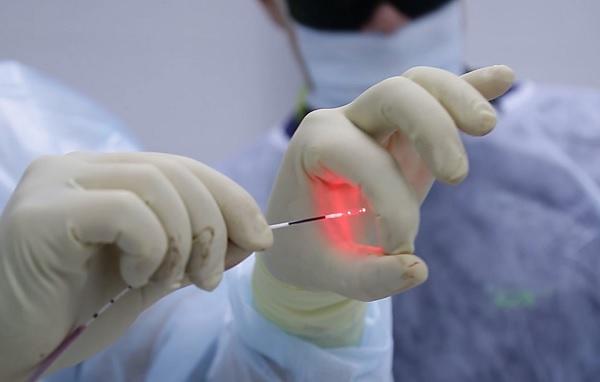 After the advent of radial optical fibers for laser coagulation in the 2008 year, there was no longer any talk of a significant opposition to combined phlebectomy (in any form) and endovasal thermobliteration. What are the benefits of endovascular surgery for varicose veins:

The classical surgical treatment of varicose veins, combined phlebectomy or stripping, which has already been said, is actively used and even remains the main method of treating varicose veins in state medical institutions. Ideal fans of combined phlebectomy are enough. Here you can omit the economic, logistical and personnel issues of long-suffering domestic medicine. Many are aware of these problems. To the credit of domestic state medicine, it should be noted that in many, much more successful European countries, combined phlebectomy is also used. As practice shows, innovation is most difficult to take root in the field of the public sector of medicine. The technique of combined phlebectomy is so firmly entrenched in state medical institutions, all the nuances are worked out so much, up to disability with not very successful treatment, that in 10 years we are likely to see a classic surgical operation in a state hospital.

Surgical treatment of varicose veins of the lower extremities, why did we completely abandon it?

As mentioned above, the classical surgical treatment of varicose veins is actively used in European medical practice, including Moscow, Moscow Region and other Russian cities.

To the question: why so, and why use horses when there are already good cars? Using an operation with a century of history, we lose the following advantages of innovation:

In the practice of the Moscow City Phlebological Center we use only the best modern techniques and combined phlebectomy there has long been no place.

Lyudmila from Moscow asks: what is the cost of a combined phlebectomy operation in your center?

Dear Lyudmila! The Moscow City Phlebological Center quite a long time ago completely abandoned the use of this technique. This happened after the introduction of innovative thermal obliteration technologies into our practice. You can get acquainted with the cost of the services of our center by phone: 8 (495) 565 35 09, or on the page of our website: https://phlebolog.org/tseny.

Cyril from Moscow is interested in: how effective is the operation of combined phlebectomy?

Maria from Balashikha near Moscow is interested in: how do I understand from the reviews where a phlebectomy of the veins of the lower extremities is done well, how much does the operation cost?

Dear Maria! The vastness of the Internet is full of various sites that offer the most "reliable and competent" reviews of patients who have undergone a variety of treatments, including combined phlebectomy. It is not worthwhile to describe all the nuances of this procedure for a long time, despite the fact that the specialists of the Moscow City Center of Phlebology have accumulated significant experience in these operations. Today, the combined phlebectomy technique is not relevant. The cost of a modern endovasal procedure will successfully pay off with a soft and comfortable postoperative period, the absence of complications and relapses of the disease.

Vladlena from Moscow asks: how long does the postoperative period of combined phlebectomy last?

Dear Vladlena! The postoperative period of combined phlebectomy surgery takes 1-3 weeks, sometimes longer. Recovery time will depend on the state of postoperative sutures, the presence or absence of swelling, the general condition of the patient.

Elena from Moscow asks: what is the best surgery for varicose veins of the lower extremities?

Dear Elena! Today in Moscow, many technologies are used to treat varicose veins. Classical surgical treatment in the face of combined phlebectomy is hopelessly outdated; ultramodern non-thermal obliteration techniques still show frankly slurred results. If you want to be guaranteed to get rid of varicose veins in one procedure, then you should recommend the methods of thermal obliteration (laser or radio frequency).