Scientific symposium "EVLO in the surgical treatment of venous diseases", Moscow, 16 May 2017.

On May 16 - 17, 2017, a symposium was held at the State Research Center for Preventive Medicine of the Ministry of Health of Russia on the topic "Endovenous laser obliteration in the surgical treatment of vein diseases of the lower extremities." 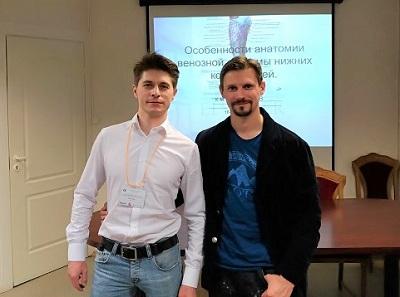 Surgeons-phlebologists "MIFC" Malakhov A.M. and Raskin V.V. at the symposium 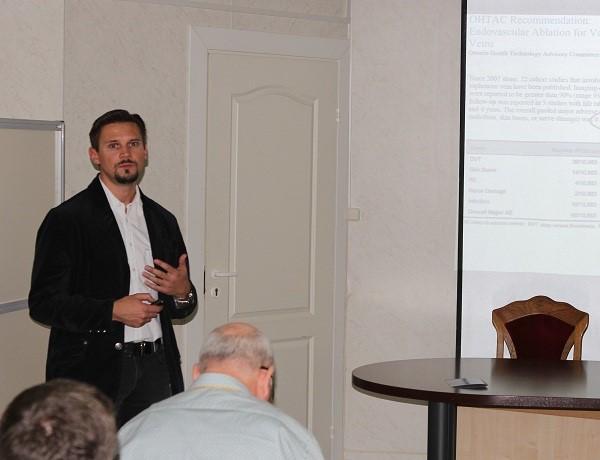 In the first part of his report, he revealed the topic of the anatomy of the venous system of the lower extremities in the context of modern surgical treatment. In the second part of his report, Vladimir Vyacheslavovich presented new Russian clinical guidelines for the treatment of CVD, which were published on the website of the Ministry of Health of the Russian Federation in April this year. The document was developed by experts of the highest level, widely known in the world of phlebology, who are distinguished by their progressive approach to the treatment of venous pathology. A feature of this document is that it takes into account the realities and requirements of modern phlebology to a greater extent. According to the new recommendations, innovative techniques of thermal obliteration are preferable in comparison with classical operations due to clear advantages. These guidelines only cover patients with varicose veins but no symptoms of chronic venous insufficiency (CEAP C2). The remaining five clinical classes of varicose veins (C1,3,4,5,6) require a separate approach. 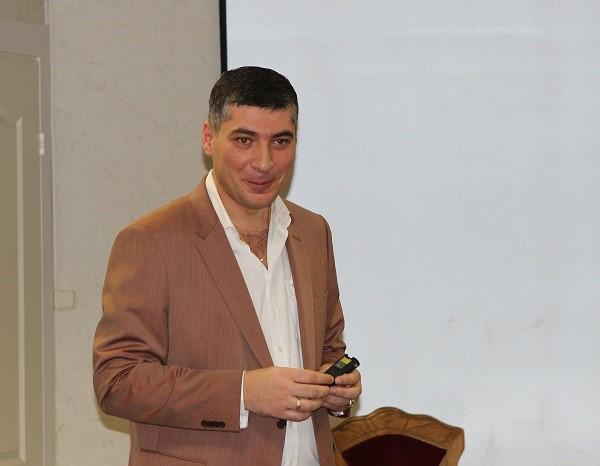 The head of the clinic for outpatient surgery of the State Scientific Research Center, Khachatur Mikhailovich Kurginyan, in his first report presented the topic of ultrasound examination in the work of a phlebologist. Currently, the overwhelming majority of specialists (phlebologists) independently perform USDG of the veins of the lower extremities. This is required by modern minimally invasive treatment methods. The optimal algorithm of ultrasound examination, competent interpretation of the results are a necessary basis for choosing the correct tactics for managing patients. The nuances of ultrasound diagnostics of a wide range of venous pathology were revealed. In the second part of the report, Khachatur Mikhailovich spoke about the conservative treatment of varicose veins at various stages. An integrated approach, including lifestyle correction, the use of venotonic drugs, high-quality compression hosiery, can effectively deal with many clinical manifestations of chronic venous diseases. 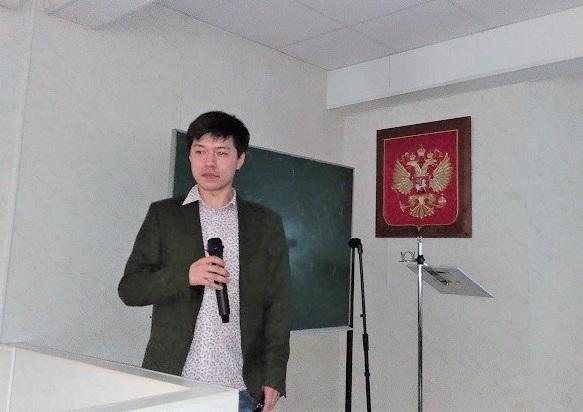 Leading phlebologist at the University Clinical Hospital of Moscow State Medical University THEM. Sechenova Dmitry Nikolaevich Morenko in the first part of his report talked about the use of compression therapy for various venous pathologies. The second part of the report was devoted to modern methods of thermobliteration. Dmitry Nikolaevich pointed out the importance of identifying the features of the anatomy of the patient's venous system before surgery. This is the key to successful treatment. Moreover, the vein diameters for endovenous techniques have ceased to be some kind of limitation with the advent of radial emission fibers. 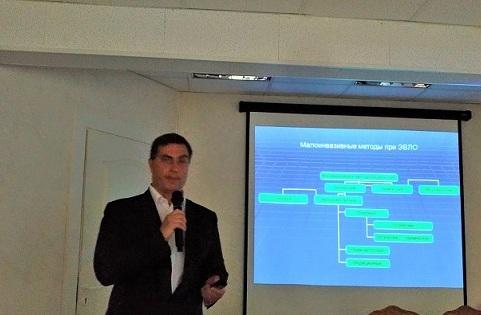 Alexey Vladimirovich Lukovkin, Director of New Surgical Technologies LLC, spoke about the technical aspects of thermal obliteration of the veins of the lower extremities. 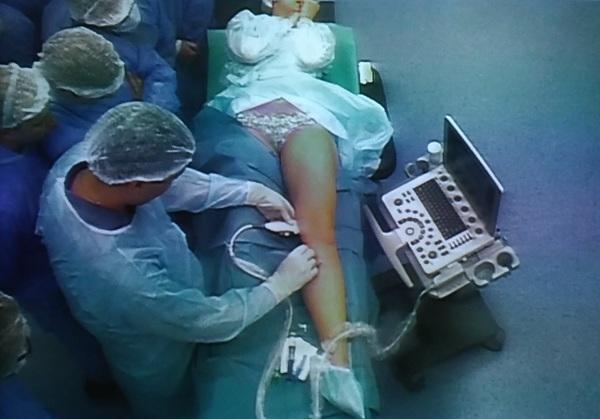 The symposium ended with a master class of endovenous laser coagulation from the surgeon-phlebologist Khachatur Mikhailovich Kurginyan. 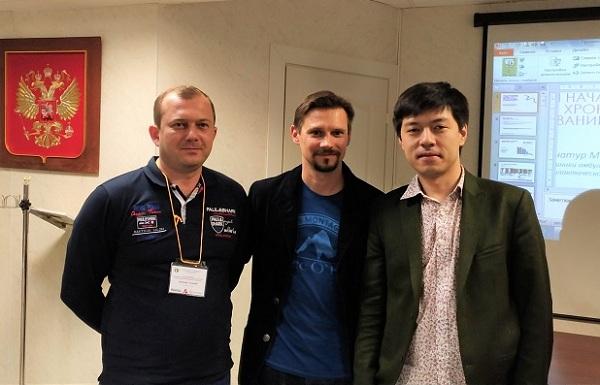 Joint photo of Raskin V.V. in memory of the symposium participants