On July 13 and 14, in one of the oldest universities in Russia - the First St. Petersburg State Medical University named after Academician IP Pavlov, a scientific and practical conference "Laser technologies in aesthetic medicine" was held.

The conference was attended by a cardiovascular surgeon, employee of the innovative clinic of phlebology "MIFC", Moscow Raskin Vladimir Vyacheslavovich. 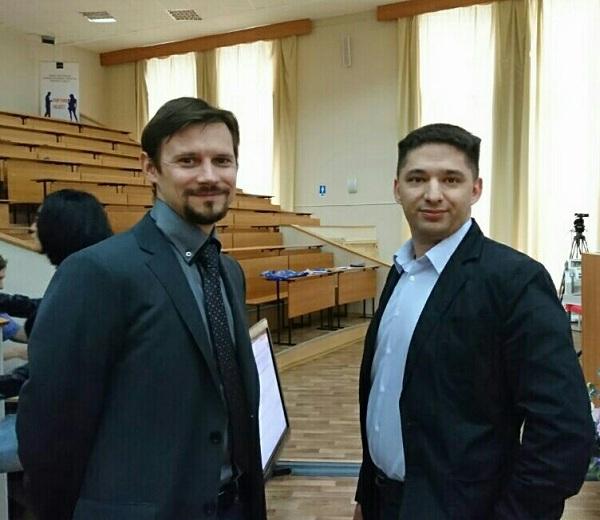 The second day of the conference was devoted mainly to the use of different types of lasers in phlebological practice. 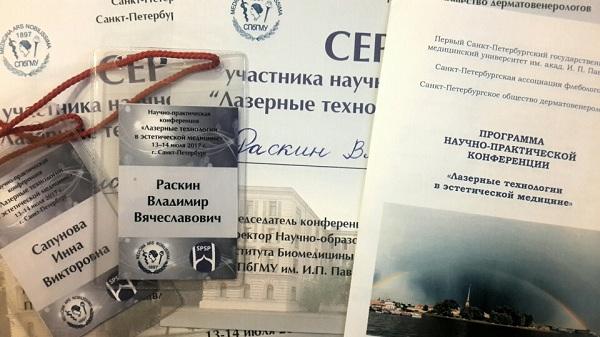 The second day of the conference began with a report by Oleg Aleksandrovich Shonov, phlebologist (St. Petersburg) "Teleangiectases and reticular veins: prevalence, etiology and pathogenesis." In his lecture, Oleg Aleksandrovich dwelt in detail on the problem of classification and treatment of spider veins and telangiectasis.

Rosukhovsky Dmitry Aleksandrovich, phlebologist (St. Petersburg) in his report "Ethics and Advertising in Aesthetic Phlebology", raised the problem of ethical standards in advertising of medical centers. What and how it is allowed to advertise in Russia and in Western countries, and how the correct advertising on the Internet should look like.

Gavva Ekaterina Andreevna, phlebologist (St. Petersburg), made a presentation on the possibilities of using a long-pulse neodymium laser in aesthetic phlebology.

An interesting report was traditionally presented by Artur Gagikovich Baghdasaryan, cardiovascular surgeon, aesthetic phlebologist (Moscow). The title of the report read as follows: "Scientific approach and clinical practice in transdermal laser therapy of vascular skin lesions." In his report, Artur Gagikovich noted the highest interest shown by doctors and cosmetologists in Russia and in the world in laser cosmetology procedures and devices, and also complained about the scanty information on the use of such laser systems in the recommendations of phlebological communities in Russia and Western countries. After that, Dr. Baghdasaryan shared with the audience his own best practices in this area based on more than half a thousand successfully treated patients. The culmination of the report was the conclusion that sclerotherapy procedures will soon be forgotten and a complete transition to laser treatment of vascular telangiectasis. The report received wide discussion of doctors and cosmetologists, who asked Arthur Gagikovich questions for more than 10 minutes and received comprehensive answers. 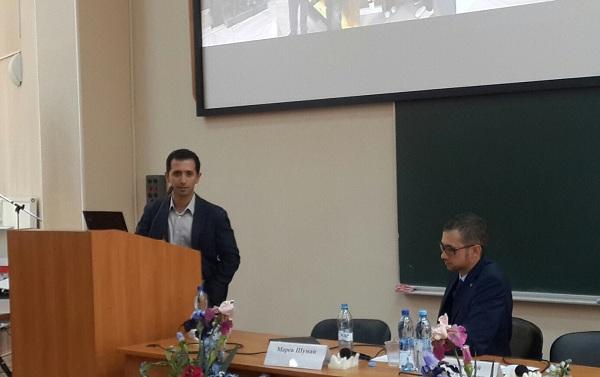 Kirill Aleksandrovich Novikov, dermatologist, specialist in laser methods of treatment and rejuvenation in dermatocosmetology (Moscow) shared his own experience of using KTP and neodymium laser for the treatment of vascular lesions.

Rosukhovsky Dmitry Aleksandrovich presented a modern and relevant report "Laser sclerotherapy and cryoanesthesia" LASTIK ". In his report, Dmitry Alexandrovich spoke about the essence of the technique, which is based on the development of the Brazilian phlebologist Kasuo Miyake CLaCS (Cryo-Laser and Cryo-Sclerotherapy). Dmitry Alexandrovich interprets the abbreviation "LASTIK" as Laser Sclerotherapy And Cryo-Anesthesia. The procedure is indicated for patients with spider veins and small diameter telangiectasis. One of the most important components of the technique is its safety, based on the use of a 75% dextrose solution as a sclerosing agent (does not cause damage to the skin if accidentally administered subcutaneously) in combination with external laser exposure on suboptimal parameters (does not cause skin burns). Dr. Rosukhovsky said that according to his observations, the procedure is quite effective and he continues to perform it and recruit patients to the observation group. Nevertheless, as with any new technique, it is necessary to obtain long-term results for its confident recommendation. 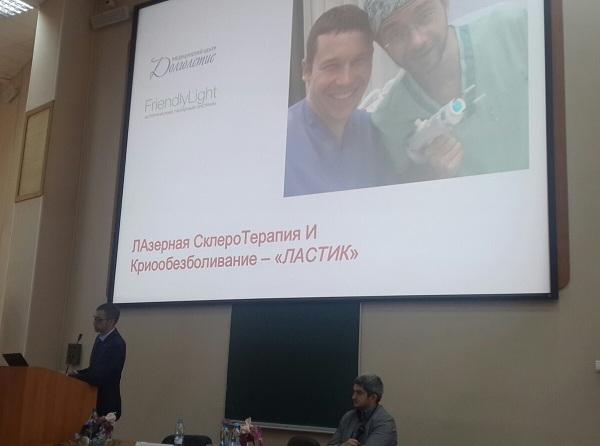 Dmitry A. Rosukhovsky's report on the "Eraser" procedure

A guest from abroad, doctor-phlebologist Marek Shumai (Trencin, Slovakia) took part in the conference. He presented several reports at the conference, the first report was devoted to the use of devices for visualization of reticular veins in clinical practice.

Before the coffee break, a master class was performed by Dr. Dmitry Rosukhovsky Dmitry Alexandrovich for combined laser cryosclerosis. 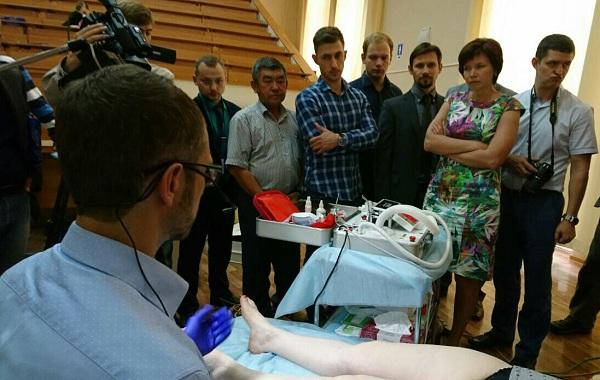 Rosukhovsky D.A. carries out the "Eraser" procedure, "erasing" the vascular "stars" from the grateful patient's leg

The next talk by Mr. Marek Shumai is “Mechanochemical ablation (MOCA) and laser coagulation (EVLT). Comparison of technologies from the point of view of a practicing phlebologist ”, was devoted to the use of new methods of mechano-chemical obliteration and their place in the arsenal of a phlebologist. It should be noted that Marek uses a Clarivein device from Vascular Insights, LLC (the firm's headquarters are located in Quincy, MA, USA). Mr. Shumai noted the rather high efficiency of the procedure, however, while answering the questions, the impression was created that in his routine practice he more often tends to use EVLO, and MOCA uses it in a limited number of cases and only for certain groups of patients (for example , if there is only a small diameter stem lesion). 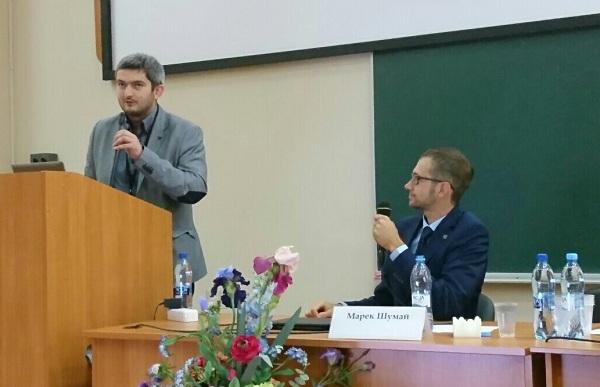 Experienced by a phlebologist from Slovenia Marek Shumai

Our answer to foreign phlebologists was expressed by Markin Sergei Mikhailovich (St. Petersburg). In his report "Possibilities of improving the aesthetic results of endovasal laser obliteration of epifascial tributaries" Sergei Mikhailovich raised an interesting question - how best and more cosmetically to remove the epifascial tributary or trunk of the GSV on the hip and in the knee joint area. At present, 2 methods have been proposed to accomplish this task - pin-stripping of this area or EVLO with the creation of a denser anesthetic cushion under the skin above this area. In his report, Sergei Mikhailovich suggested using a faster fiber extension (1,5 mm / sec) for the epifascial section with an increase in the power characteristics of the supplied radiation (10 W). According to him, this modification of the EVLO procedure allows avoiding skin burns and hyperpigmentation with such an anatomical location of the trunk or direct inflow of the GSV.

The next report from Elizavetinsky Hospital of St. Petersburg was presented by the cardiovascular surgeon Andrei Kazarenko. The report was devoted to EVLO inconsistent perforating veins. In total, 50 procedures were performed. All operations were performed in combination with EVLO BPV or MPV in this basin. Perforating veins were treated with end-to-end light guides. The results of the study were excellent, there were no recanalizations, all treated patients were discharged with the improvement of the functional class of CVI. 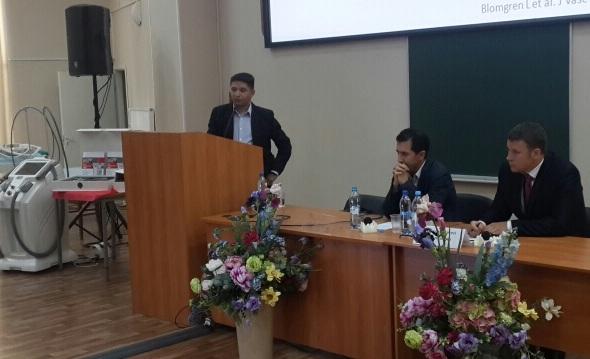 In the final of the conference, Rosukhovsky Dmitry Alexandrovich summarized and reported on the unresolved problems and prospects for the development of technology of endovasal laser obliteration of the veins. In the report, Dmitry Alexandrovich touched upon the possibilities and future of phlebology, promising developments and ways to solve complex problems.

The final report was presented by Doroshkevich Oleg Stanislavovich, a proctologist (St. Petersburg) who told about the features of surgical treatment of hemorrhoids using a diode laser.