Seminar with a master class: "Microsclerotherapy or percutaneous laser: what is better?", Moscow, 15.09.2017.

15 September 2017 on the 27 floor of the Golden Gate business center in Moscow a seminar was held with an interactive discussion and a master class on the removal of telangiectasis: microsclerotherapy or a percutaneous laser - which is better? 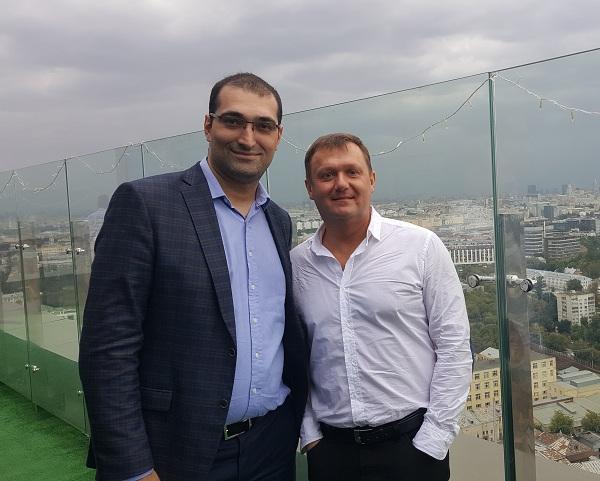 Olga Novikova, Marketing and Medical Promotion Director of the Nikamed company, made a welcoming speech. 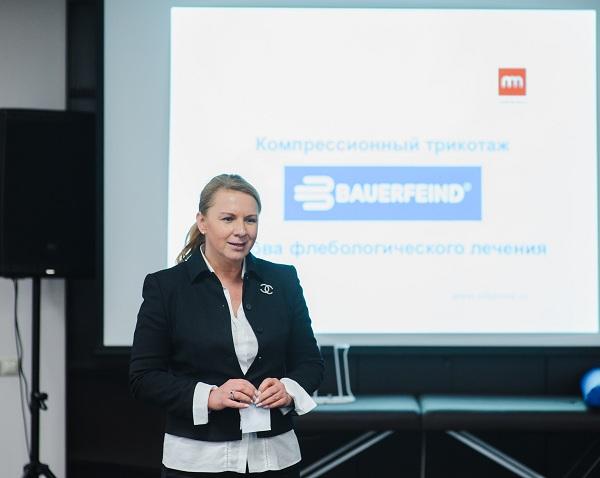 The seminar was attended by about 30 Moscow phlebologists, including the staff of the phlebology clinic "MIFC": the head of the clinic Semenov Artem Yurievich and leading specialist Raskin Vladimir Vyacheslavovich. 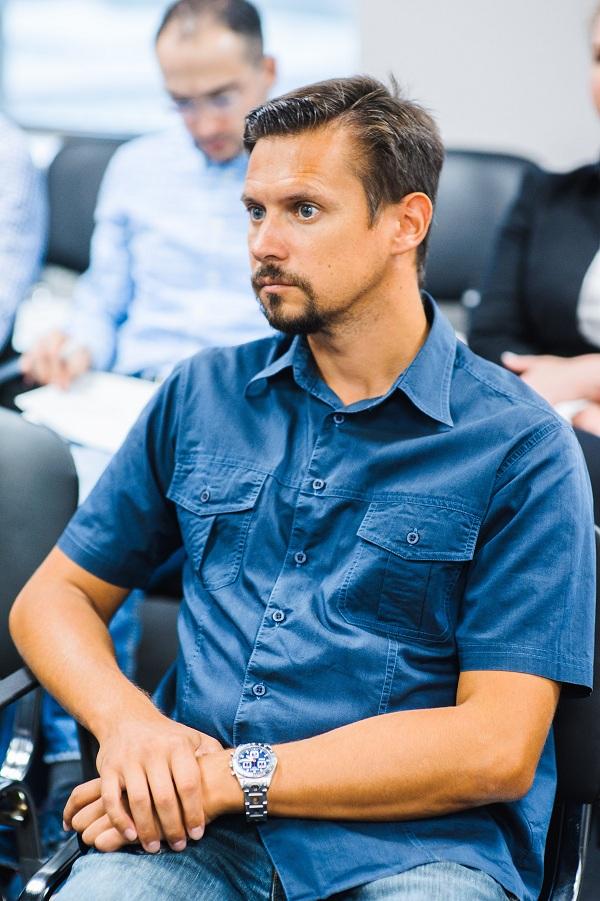 It was presented 3 reports. The first report of the leading medical adviser of Nikamed LLC, Pavel Borisovich Novikov, was devoted to the features of premium compression hosiery of the German company Bauerfeind. 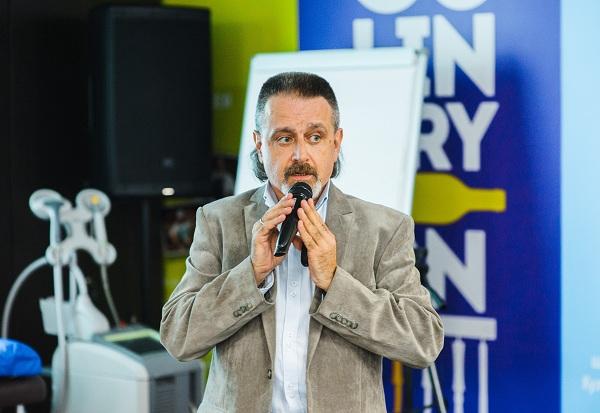 The report was devoted to the peculiarities of Bauerfeind knitwear, its advantages and nuances. The issues of prescribing preventive and therapeutic compression knitwear in patients with varicose veins of the lower extremities are considered, as well as features of female and male model lines.

Report of the head of the clinic of innovative phlebology "MIFC", Ph.D. Semenova Artem Yurievich about modern compression microsclerotherapy of reticular veins and spider veins made a strong impression on the audience. 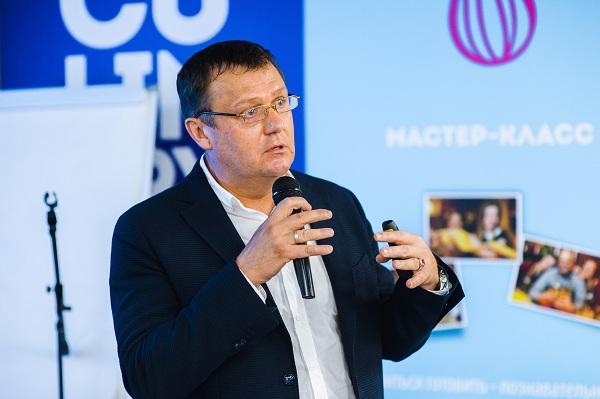 In addition to the well-known facts, indications and contraindications to sclerotherapy, Artem Yuryevich shared with the doctors the features of the technique of injecting with one hand and the nuances of selecting drugs for sclerotherapy and their concentrations. 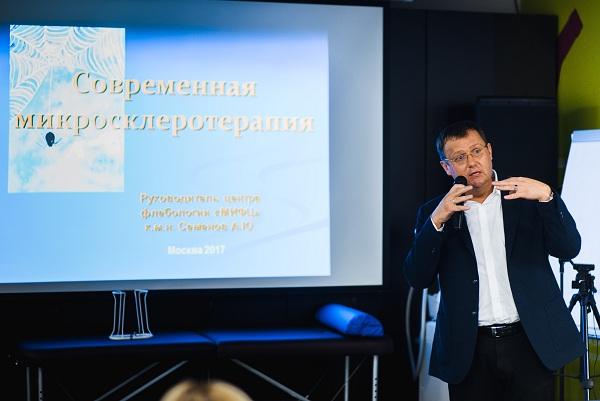 The next report was presented by Artur Gagikovich Baghdasaryan, cardiovascular surgeon (Moscow). In his report, Artur Gagikovich spoke about a new method of removing spider veins and reticular veins using a percutaneous laser. The removal technique is an external laser effect on small vessels, which results in the occlusion of the "star" and its gradual "resorption". The recommended interval between percutaneous laser sessions is 2 months. In his report, Artur Gagikovich gave a photo "before and after" laser exposure and demonstrated good results and high efficiency of the procedure. 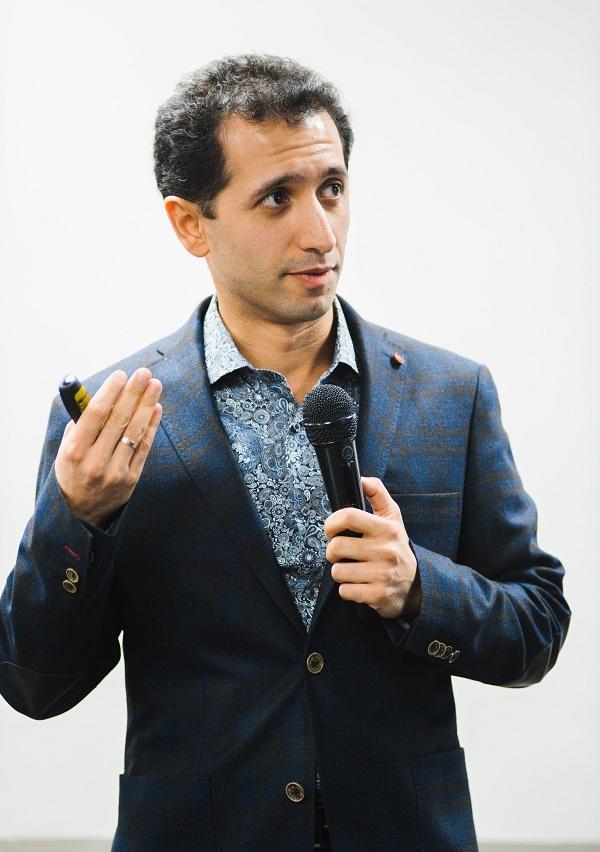 Then Artem Yurevich and Arthur Gagikovich shared with the audience the secrets of the successful removal of vascular asterisks using sclerotherapy and percutaneous laser and the technical nuances of carrying out these manipulations by conducting an 2 master class on 2 patients. 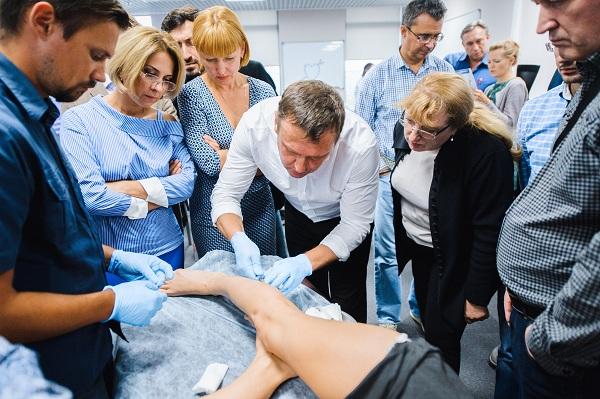 All the guests were very interested in the presented by A.Yu. sclerotherapy technique, when the injection is carried out with only one hand, which avoids the main problem of sclerosant injection - the displacement of the needle inside the vein. 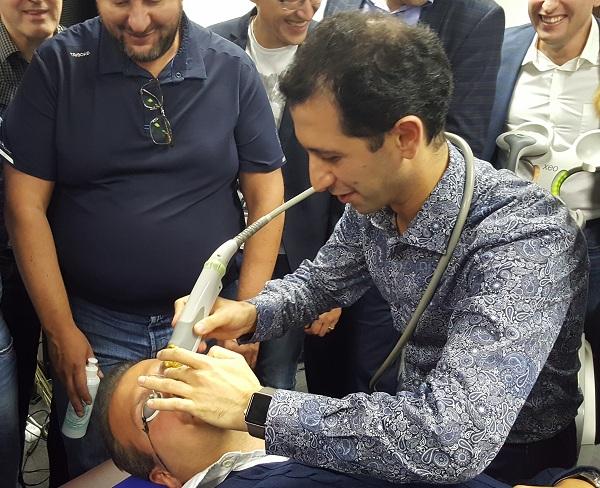 A master class on a percutaneous laser performed by AG Bagdasaryan.

Bagdasaryan A.G. held a master class on the removal of vascular asterisks with a percutaneous laser using the CUTERA XEO apparatus (USA). Artur Gagikovich told the intricacies of the technique and laser pulse settings necessary to obtain a good clinical result and demonstrated his skills to all the participants in the master class.

At the end of the seminar, a culinary master class from the famous chef of the CULINARYON restaurant was held for all its participants. 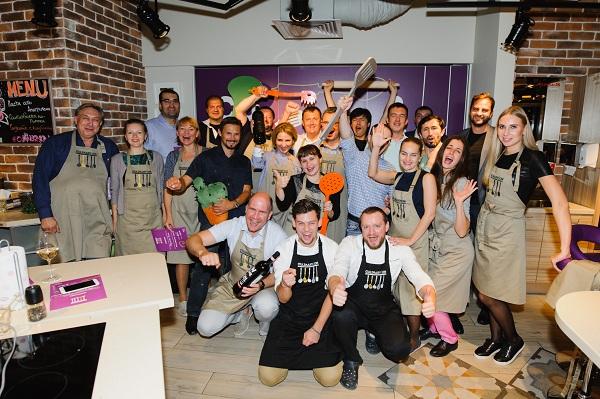 I would like to once again thank the Nikamed company for the perfectly organized round table and all the participants for the fruitful work.