May 31 - June 2, 2018 in the city of Ryazan the XII-th scientific-practical conference with international participation "Actual problems of phlebology" was held.

The second day of the conference began with a very interesting and useful session of the Baltic Society of Phlebologists - SESSION OF BALTIC SOCIETY OF PHLEBOLOGY.

The section was attended by the entire top of the Baltic Society of Phlebologists in full force - President Uldis Maurins (Riga, Latvia), Vice-Presidents Sergei Nikolaevich Kornievich (Minsk, Belarus) and Matvey Alexandrovich Parikov (our congratulations on being elected Vice-President). 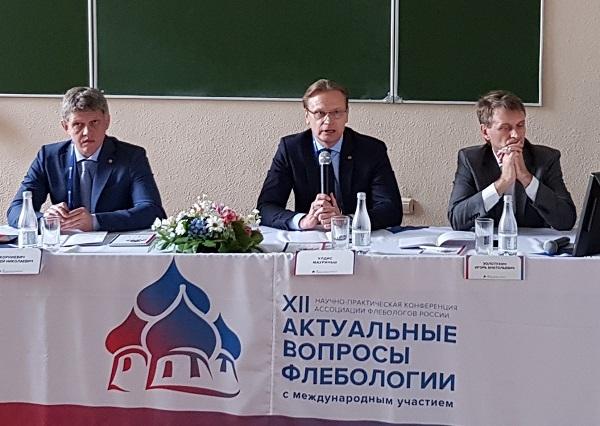 The Chairpersons of the Baltic Session of PRA 2018 are Uldis Maurins, Sergey Kornievich and Igor Zolotukhin

It goes without saying that the adherents of laser obliteration on Biolitec devices, representatives of the Latvian school did not pass by the various know-how of this renowned German company and presented reports on the use of new products - a proprietary device for pulling (traction) of a fiber, as well as a laser with a wavelength of 1940 nm ... According to Mr. Ritz's data, the use of a device for traction of the optical fiber reduces the operation time by an average of 3 minutes. 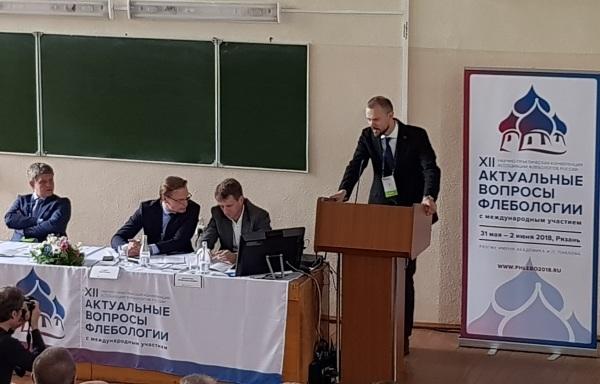 The report is read by Juris Ritz (Latvia)

Report "What is important for the success of EVLO?" presented by phlebologist A. Kadiss from the Clinic of Dr. Maurins (Latvia). In it, Mr. Kadish drew attention not only to the correct implementation of the EVLO procedure itself, but also to the peculiarities of marketing approaches, the positioning of a doctor and a clinic in the modern digital world. 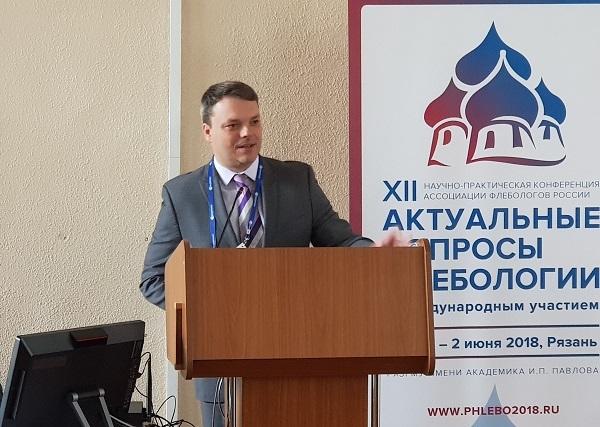 Reported by A. Kadish (Latvia)

Among the scientific reports, an interesting observation was presented concerning the length of the GSV stump during ablation. The speaker from Latvia was J. Rits. The randomized study included patients who underwent EVLA with light guide positioning at the level of the saphenofemoral valve and 2 centimeters from it. The following features were established - the GSV stump when viewed on the 1st day corresponded to the positioning zone. Upon further observation, the stump slightly increased in the light guide positioning group at the level of the saphenofemoral valve and slightly decreased in the positioning group by 2 cm distal (most likely due to obliteration of the excess stump). In the long term, the clinical picture and degree of CVI in the groups did not differ, but there was a slightly more frequent occurrence of relapses in the basin of the anterolateral inflow of GSV in patients with a longer stump.

"Modern combined therapy in the treatment of reticular varicose veins" - this was the title of the report of Matvey Alexandrovich Parikov, a phlebologist from St. Petersburg, vice-president of the Baltic Society of Phlebologists. Matvey Aleksandrovich has long been dealing with the problem of reticular veins and vascular "asterisks" and in the arsenal of his clinic the latest equipment and capabilities for a quick and effective solution to any cosmetic vascular problems. Matvey Aleksandrovich gladly shared with the audience his vision of the situation in the light of the latest achievements of CL-CSS techniques, combined laser cryotechnology and sclerotherapy with various sclerosants. 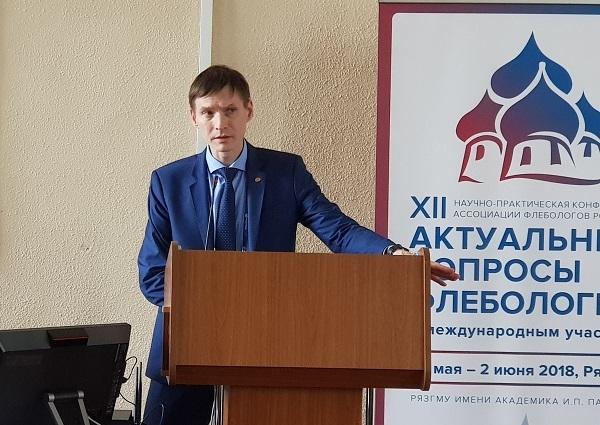 In his final report, the President of the Baltic Society of Phlebologists Uldis Mauriņš summed up the section, thanking the organizers of the conference and noting the high level of the presentations and lectures. 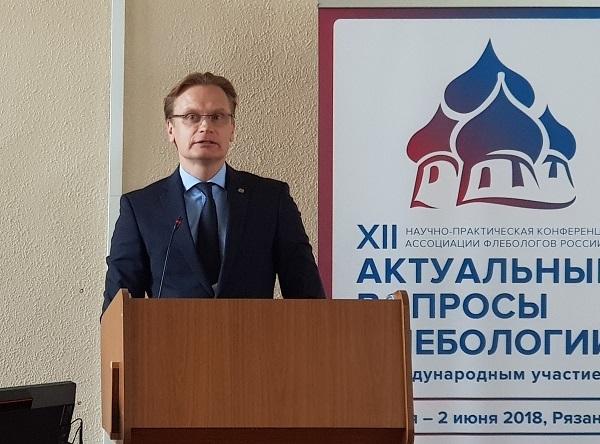