Seminar of Professor I.A. Zolotukhina "Modern approaches to the treatment and prevention of venous thrombosis."

On September 24, 2018, within the walls of the Moscow Innovative Phlebological Center, Professor, Doctor of Medical Sciences Igor Anatolyevich Zolotukhin held an interactive seminar on the topic: "Modern approaches to the treatment and prevention of venous thrombosis." 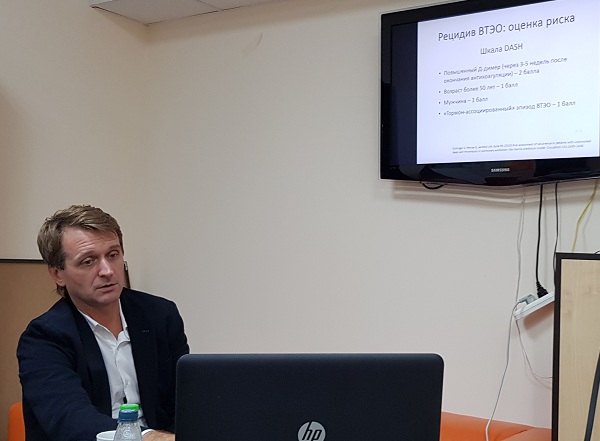 The lecture is given by a professor, MD Zolotukhin I.A.

From the perspective of modern Russian and European phlebology, outpatient treatment of thrombosis is possible under the following conditions:

The concept of embolism hazard has long been used in domestic and European clinical practice and has retained its relevance in modern Russian phlebology. It is this characteristic that determines the real threat to the life of the patient. Leading experts distinguish the following main characteristics of an embolosome thrombus:

Of great importance is also the general condition of the patient and the capabilities of his cardiopulmonary system. In some patients, blood clots of other localizations and much smaller sizes can pose an immediate threat to life. In modern European practice, in the context of embolism hazard, particular importance is attached to the structure of thrombotic masses and to the cases of thromboembolism in a patient that have already occurred.

The advantages of outpatient treatment of acute venous thrombosis are obvious, but its possibility remains the subject of discussion by the best specialists in the world. Also the subject of controversy of many leading vascular surgeons and phlebologists are thrombolysis techniques, which a priori involve hospitalization. 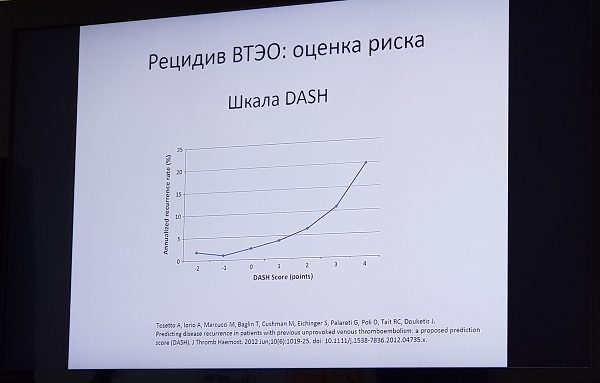 In the second part of the event, Professor Zolotukhin turned to anticoagulant therapy of thrombosis. Modern pharmacology offers a wide selection of drugs of this orientation. At the outpatient stage of treatment, direct oral anticoagulants are most relevant today: apixaban, rivaroxaban, dabigatran. The professor paid special attention to the new oral anticoagulant apixaban (elixis), which is a selective inhibitor of factor Xa. Apixaban (elixis) has been successfully used to treat deep vein thrombosis (DVT), pulmonary embolism (pulmonary embolism), and is also used to prevent relapse of DVT and pulmonary embolism. It is quite effective, easy to use and, importantly, does not require constant laboratory monitoring of effectiveness. Igor Anatolyevich presented innovative treatment regimens for apixaban (elixvis) in various categories of patients.

During the seminar, an interactive discussion was held with the analysis of interesting clinical cases. Professor Zolotukhin discussed modern approaches to the treatment of thrombosis with leading phlebologists of the innovative phlebological center "MIFC". Such seminars are very relevant and useful not only for surgeons and phlebologists involved in the treatment and prevention of venous thrombosis, but also for therapists and cardiologists who, in their daily practice, face severe venous thromboembolic complications. 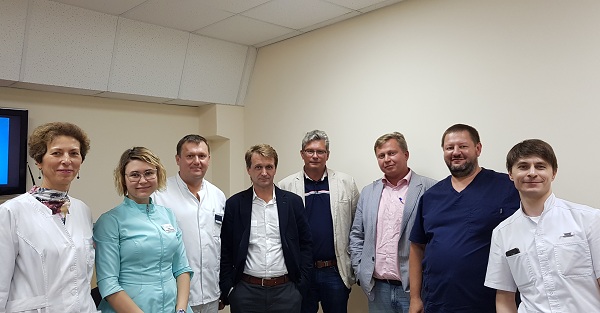