Symposium: “Nonthermal non-tumecent endovasal methods for varicose veins - the future is theirs?”, 16.11.2018

16.11.2018/1/XNUMX in the oldest medical institution in Russia, in the City Clinical Hospital No. N.I. Pirogov passed a master class with international participation: "Non-thermal non-tumescent endovasal methods for varicose veins - the future for them?" 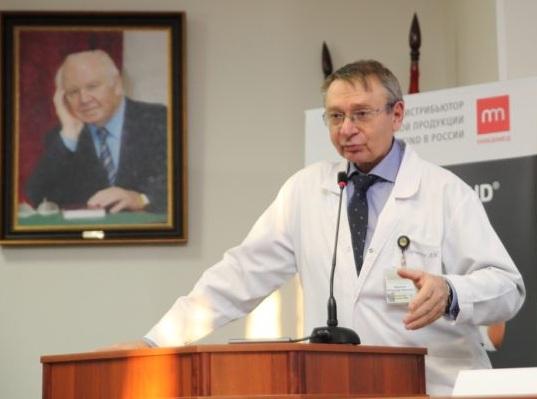 Opening Remarks by Academician A. I. Kiriyenko

The invited foreign guest, Dr. Frantisek Zernovitsky, vascular surgeon of the Department of Vascular Surgery, working at the National Institute of Cardiovascular Diseases (Slovakia), presented the message: "Obliteration of the great veins with cyanoacrylate." 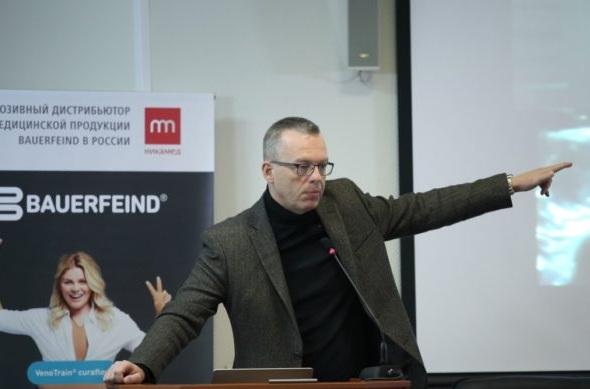 The use of this substance in medicine dates back to the 50s of the last century, when cyanoacrylate glue began to be used to fix the edges of wounds. At the beginning of the 21st century, this glue found application, and today it is successfully used in neurovascular surgery (elimination of arteriovenous malformations). The first report on the use of cyanoacrylate in phlebological practice for the treatment of varicose veins came from a team of American doctors headed by Dr. Jose Almeida (Miami, Florida, USA). Cyanoacrylate (VenaSeal system) was used to treat incompetent saphenous veins in the Dominican Republic in 2011. 38 patients were embolized with cyanoacrylate by bolus injections under ultrasound guidance without the use of perivenous tumescent anesthesia. A similar study was launched in 2012 in Europe (Germany, UK, Netherlands and Denmark). 70 patients were operated on by a team of authors led by Thomas Proebstl (University of Mainz, Germany). Finally, in 2013, a larger study of the use of glue for the treatment of varicose veins was launched under the direction of Nick Morrison (Morrison Wayne Institute, Arizona, USA). This study has already involved 242 patients, US citizens. In all three studies, with follow-up for up to 3 years, VenaSeal showed sufficient efficacy (up to 94% of target vein occlusion) with a high safety profile.

The authors stated the following advantages of the technique:

Given the reduction in pain during surgery, due to fewer skin punctures, the method obviously has significant potential for commercial success. In addition, medical indications for glue obliteration are also formed:

All authors stated no significant complications. Nevertheless, complications specific enough for chemical obliteration were obtained, such as:

There was also an increase in the number of postoperative phlebitis, compared with radiofrequency thermobliteration.

Dr. Zernovitsky presented his own experience with the use of cyanocrylate vein obliteration techniques. 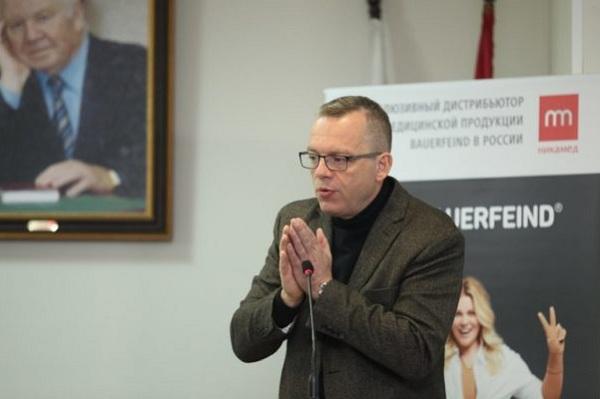 From April 2015 to March 2017, at the University Hospital of Vascular Surgery of Bratislava, 158 patients were treated with the VenaSeal technique. The maximum diameter of the veins reached 16 mm (in the above studies, the diameter of the veins did not exceed 12 mm). Vein recanalization was observed in only two patients. Periflebitic reactions were observed from 14 to 20% of cases. In one patient, doctors faced an extremely unpleasant complication in the form of severe local granulomatous inflammation. After unsuccessful attempts to combat it with therapeutic methods, the development of local tissue necrosis, 4 months after the procedure required surgical removal of the safene vein with an implant (polymerized cyanocrylate). After this case, Dr. Zernovitsky firmly decided that the choice of this technique should be dictated exclusively by medical indications, when the use of thermobliteration techniques is difficult. Frantisek Zernovitsky made the following conclusions: 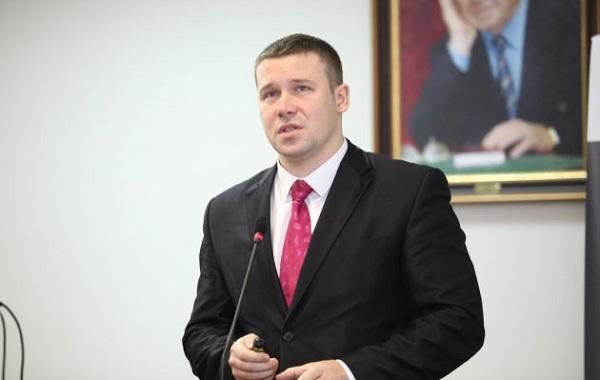 Dr. Markin spoke about the emerging methodology of the Flebogrif methodology, its advantages, indications and contraindications for use.

Evgeny Arkadievich Ilyukhin, member of the Association of Phlebologists of Russia, member of EVF, Ph.D., presented the message: "Thermal methods of obliteration: evolution and current state." 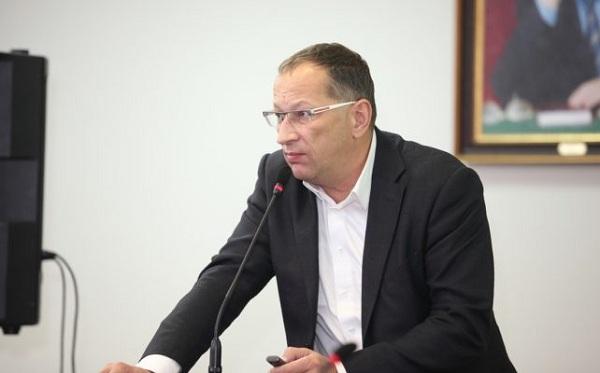 Evgeny Arkadievich presented an overview of Russian and foreign studies and recommendations on thermal vein obliteration. This technique is currently the "gold standard" in the treatment of varicose veins, although it is not without its drawbacks, the main of which is the need for tumescent anesthesia. As always, Yevgeny Arkadievich's speech was excellent, evidential in nature, with interesting facts. You can listen to such reports dozens of times and, each time, find something new and interesting in them!

Evgeny Igorevich Seliverstov, PhD, First Gradskaya Hospital named after NI Pirogov (Moscow) presented the message: "Mechanochemical obliteration: is the game worth the candle?" Evgeny Igorevich spoke about the modern realities of phlebology in the public sector of medicine and the possible prospects for non-tumescent vein obliteration techniques. 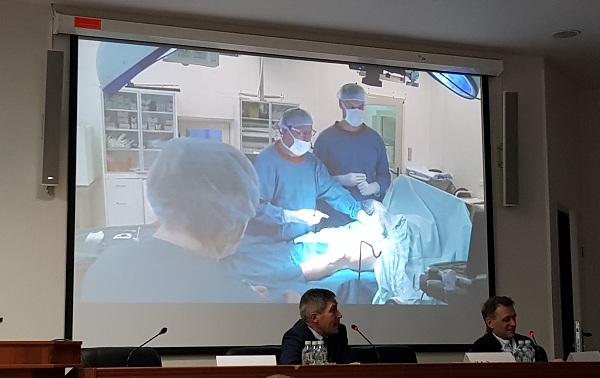 Translation of the RFA procedure from the operating room by E. Ilyukhin 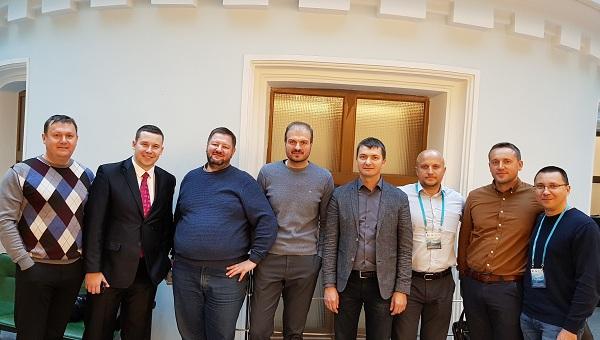