School of thrombosis: "The main approaches to the diagnosis and treatment of post-thrombotic disease", No. 6, Moscow, 06.03.2019.

On March 6, 2019, the 6th and final event of the 2nd cycle of the thrombosis school on the topic "Basic approaches to the diagnosis and treatment of post-thrombotic disease" took place at the Raikin Plaza Hotel. 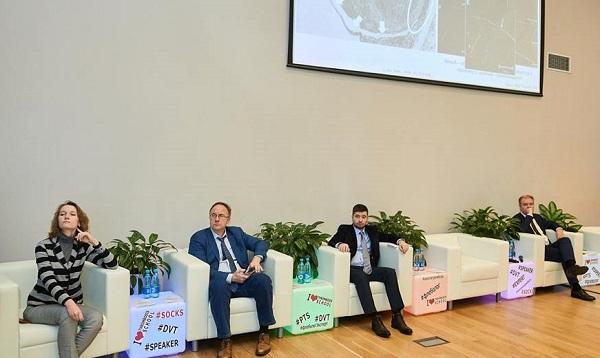 Speakers of the School of Thrombosis

The seminar was attended by the leading phlebologist "MIFC" Alexey Mikhailovich Malakhov. 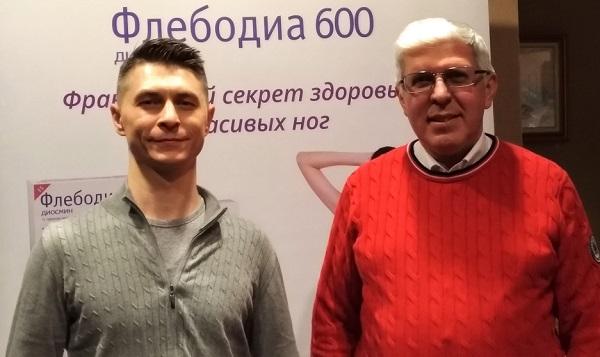 Phlebologist "MIFC" A.M. Malakhov with the head of "MUPF", surgeon phlebologist A.E. Koreshkov. at the conference

Kirill Viktorovich Lobastov, phlebologist, candidate of medical sciences, surgeon, phlebologist, member of the European Venous Forum, International Union of Angiologists, (Moscow) presented the message: "Post-thrombotic disease: what you need to know in order not to make a patient disabled." 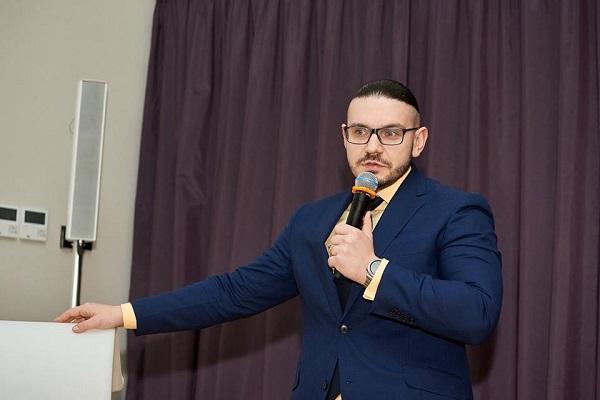 Post-thrombotic disease, even with an innovative approach to treatment and prevention, remains a serious and fairly common problem. Modern European statistics indicate that the incidence of thrombosis remains at a high level. Domestic statistics are even less comforting, and Russian figures are higher than world ones. Direct statistical studies of the prevalence of post-thrombotic disease (PTB) in the Russian Federation have not been carried out. The estimated incidence is about 1,3%, which is the equivalent of nearly two million people. Dr. Lobastov dwelled on the clinical manifestations of PTB, modern ideas about the pathogenesis of pathology. Kirill Viktorovich paid special attention to the role of the valve apparatus of the affected venous vessels and the residual (residual) venous obstruction. Dr. Lobastov examined the modern diagnostic tools for post-thrombotic disease in detail in the context of their advantages and disadvantages. 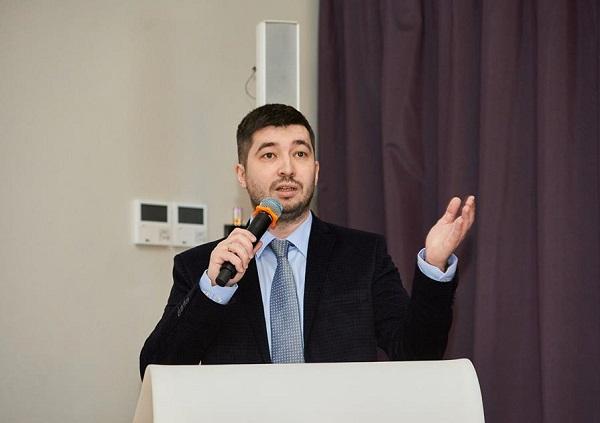 Dmitry Vladimirovich spoke about the intricacies of the use of magnetic resonance phlebography in the diagnosis of venous pathology. This technique, both with contrast enhancement and without it (depending on the specific clinical situation), has the highest information content in the visualization of structures that are difficult to access with ultrasound. Dr. Bondarchuk described in detail the indications and contraindications for this procedure. In relation to modern equipment, absolute contraindications for MRI studies will be:

And in these situations, MRI phlebography is the best diagnostic method:

Viktor Evgenievich Barinov, professor of the Central State Medical Academy of the Presidential Administration of the Russian Federation, (Moscow), presented the message: “Reconstructive deep vein surgery: what do we have in our arsenal today?”. 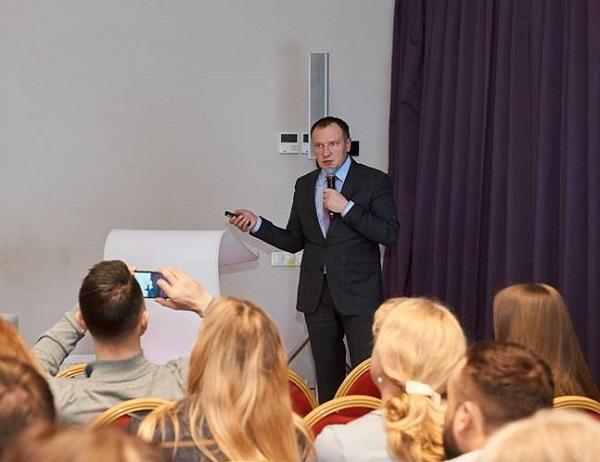 The steady interest in deep vein interventions in the world of surgical practice has been progressively growing since the 1980s. There is a wide variety of operational techniques today. Most of them have not received mass distribution and are used by a limited number of specialists around the world. The only technique that has received development is venous stenting under X-ray control. Viktor Evgenievich presented the results of a study directly comparing the use of this technique and conservative therapy. Obviously, the active tactics won "victory in all nominations", due to the obvious advantages.

Interactive discussion between doctors from Moscow Ilya Veniaminovich Schastlivtsev and Viktor Evgenievich Barinov on the topic: "What to choose for secondary prevention of VTEC in patients with post-thrombotic disease?" 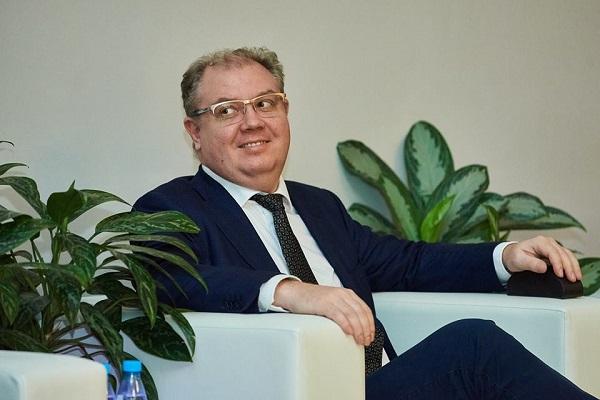 Sulodexide and direct oral anticoagulants are not direct competitors due to the significant difference in pharmacological effects. The purpose of this or that drug in order to prevent the recurrence of thrombosis in this situation will be dictated by the specific benefit for the patient, the risks of both thrombosis and bleeding.

Another interactive discussion between doctors from St. Petersburg Olga Yaroslavovna Porembskaya and Igor Nikolaevich Sonkin on the topic: "Is intravascular ultrasound (IVUS) necessary for venous stenting?" 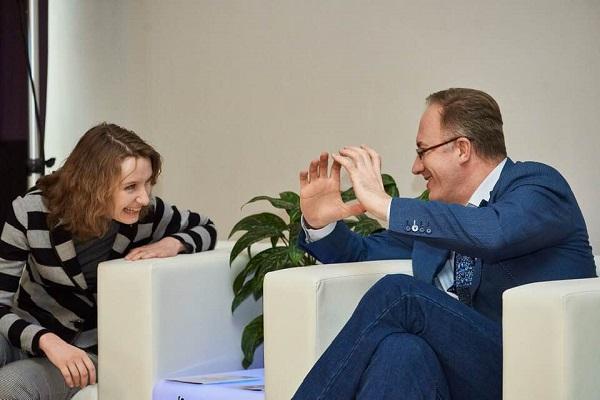 Cheerful battle between doctors I. Sonkin and Porebsky O.Ya.

Olga Yaroslavovna presented convincing evidence of the benefits of IVUS. To this, Igor Nikolaevich brought no less convincing arguments not in favor of intravascular ultrasound. Nevertheless, everyone agreed with the unique diagnostic capabilities of IVUS. The lack of a good evidence base for the technique is dictated by the same reasons as a rather limited practical distribution. And this, no matter how trite, is the high cost of both the device itself and disposable catheters for it. Perhaps in the coming years the situation will change. 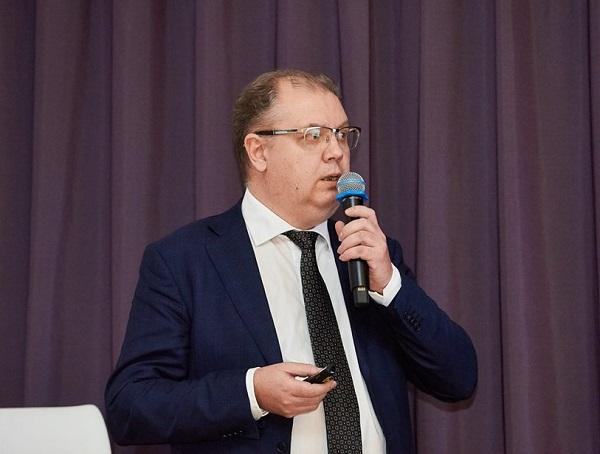 Ilya Veniaminovich touched on the topic of vein thrombosis of the upper extremities, which was rather poorly covered in both European and domestic medical literature. Ilya Veniaminovich paid special attention to the so-called primary thrombosis. The most common cause of which is the upper chest aperture syndrome. With this syndrome, the subclavian vein is compressed by the following anatomical formations: 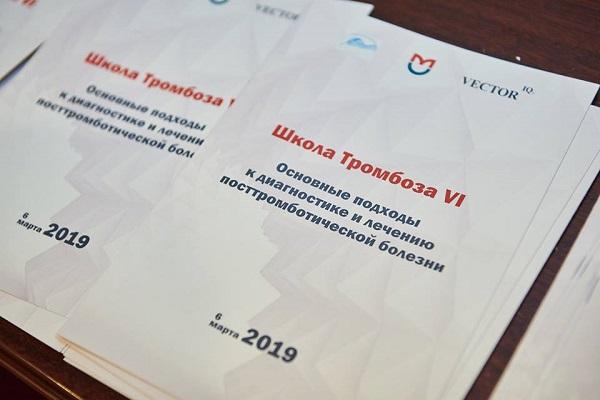 Another school of thrombosis, as always, was held at the highest level. The main conclusion of the conference was made: a competent approach to the diagnosis and treatment of venous thrombosis allows us to achieve clinical recovery, reduce the manifestations of post-thrombotic disease and avoid relapse of thrombosis.