On September 23, 2021, a friendly visit to our phlebological center of an outstanding Moscow specialist in the field of vascular surgery, Doctor of Medical Sciences, Professor Alexander Ilyich Shimanko took place. 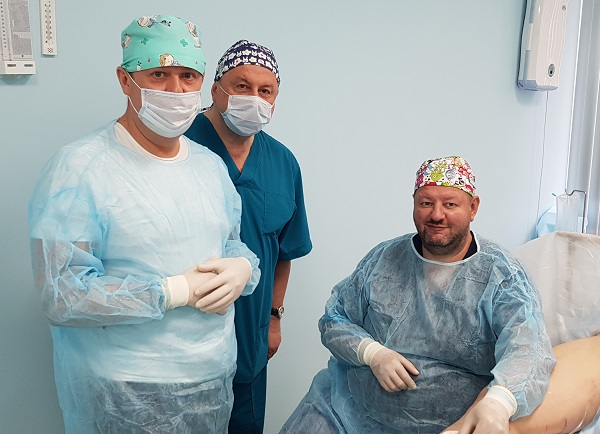 During the friendly visit, an exchange of experience with the doctors of the MIFC center took place. The leading experts of the Moscow Innovation Center of Phlebology took an active part in the event: the head of the MIFC, vascular surgeon, candidate of medical sciences, Artyom Yurievich Semyonov (Moscow) and the leading endovascular surgeon of the MIFC, candidate of medical sciences, Dmitry Anatolyevich Fedorov (Moscow, Obninsk) ... 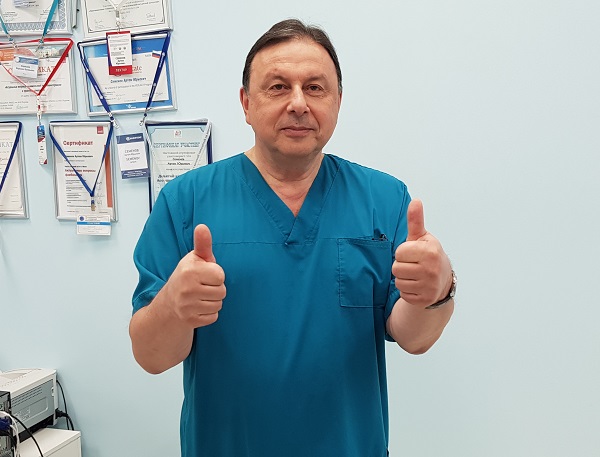 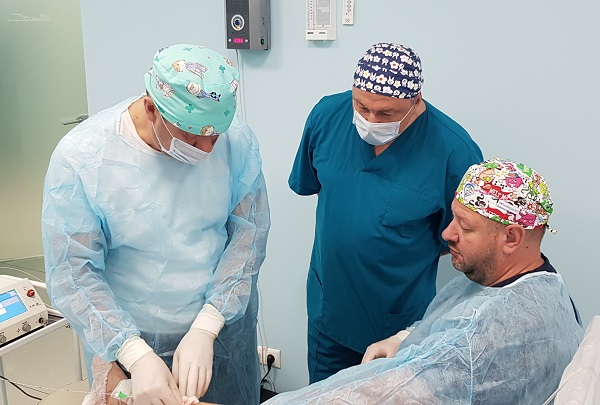 During the exchange of experience, Alexander Ilyich was shown five innovative laser procedures performed on the most modern equipment according to the author's techniques of the clinic's specialists. Surgical treatment was carried out both in patients with classical manifestations of varicose veins and in patients with complicated cases of venous pathology. Maximum radicalism was combined with minimally invasiveness and a high aesthetic effect. 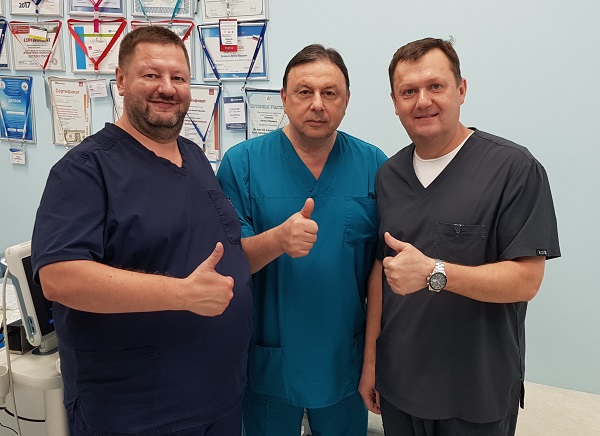 With professor Shimanko A.I. after laser surgery at "MIFC"

We are pleased to interact with outstanding representatives of Russian medicine, such as the cardiovascular surgeon, Professor Alexander Ilyich Shimanko.