On April 09 and 10, 2021, a scientific and practical conference on modern approaches to the treatment of venous diseases was held in Novosibirsk. 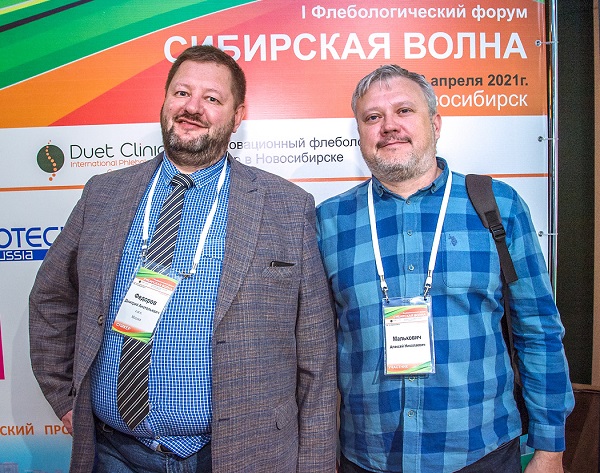 In his report, Yaroslav Konstantinovich turned to a long dispute going on in the ranks of the modern phlebological community. Today, miniflebectomy and sclerotherapy techniques play a very important role in the activities of a modern phlebologist. Each of them is in demand and popular. Dr. Bernik presented his algorithm for choosing miniflebectomy and sclerotherapy, depending on specific clinical situations. The best choice would not be to abandon one technology in favor of another, but in a reasonable combination and combination. 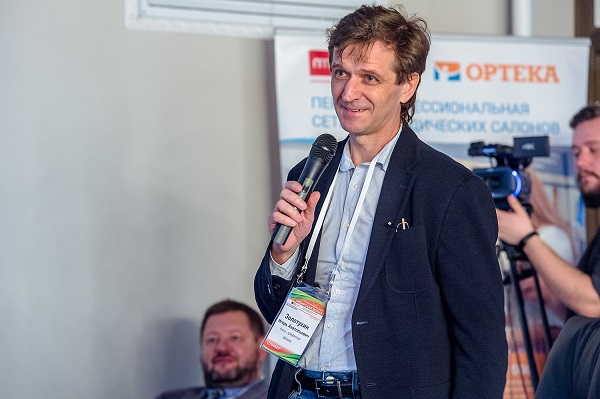 Igor Anatolyevich presented data supporting the use of compression after sclerotherapy. The use of class 2 compression hosiery significantly improves the cosmetic result and reduces the effect of hyperpigmentation after sclerotherapy. Igor Anatolyevich devoted his next report to the topic: “Phlebotropic therapy and clinical guidelines. Genre crisis? " Igor Anatolyevich pointed out the importance of developing an independent evidence base for the effectiveness of phlebotropic drugs and the need for scientific discussions on this topic. Only in this way should phlebotropic therapy find its place in national clinical guidelines for the treatment of chronic venous diseases. 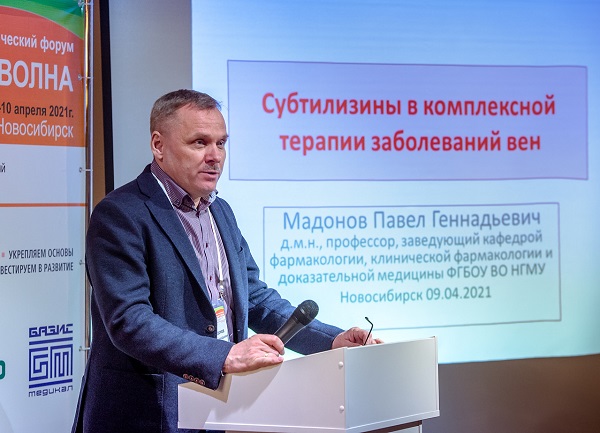 Pavel Gennadievich spoke about the prospect of using drugs of the subtilisin group in patients with venous pathology. 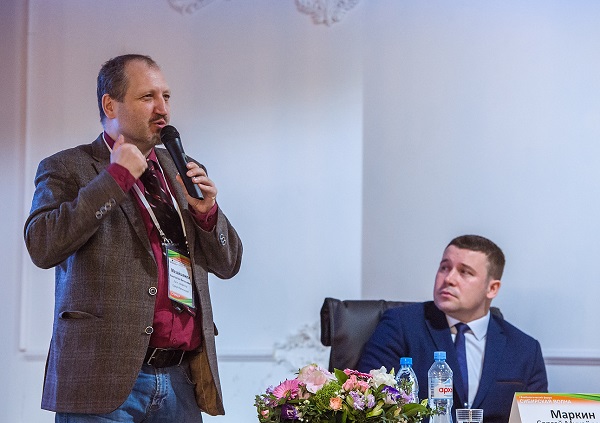 Konstantin Vitalievich shared a modern approach to the treatment of varicose veins. Today, innovative technologies make it possible to completely avoid the occurrence of complications of varicose veins with timely diagnosis, competent treatment and prevention of the disease. 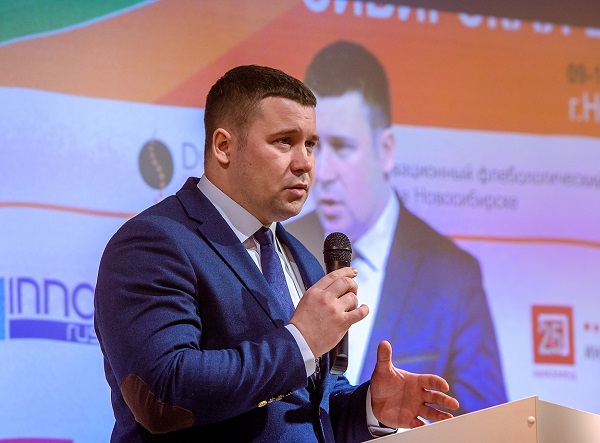 Dr. Shalamov shared his practical experience of endovenous laser obliteration using laser generators with a wavelength of 1470 and 1920 nm. The main conclusions made by Mikhail Egorovich about the advantages of a two-micron endovenous laser:

Roman Aleksandrovich Razumakhin, vascular surgeon, phlebologist, candidate of medical sciences, (Novosibirsk), presented the message: "Treatment of varicose veins with compulsory medical insurance in a private clinic, is it worth it?" 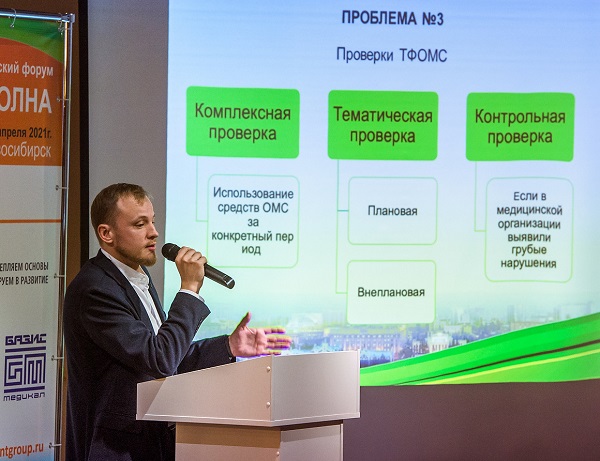 Roman Aleksandrovich shared his vision of the possible interaction of a commercial clinic and the state fund of compulsory health insurance. Modern treatment of varicose veins by compulsory medical insurance is possible, but it is fraught with a number of difficulties. The latter can be overcome, but is it worth it?

Nikolai Germanovich turned to a rather complex issue of modern medicine. In recent years, drugs of direct oral anticoagulants have become increasingly popular both among doctors and patients. Information about the effectiveness of the POAC is being accumulated. Added to this is the high compliance of patients to therapy with tablet drugs, and it becomes obvious that these drugs will play an increasing role in the therapy and prevention of venous thromboembolic complications.

Dmitry Anatolyevich Fedorov, surgeon, candidate of medical sciences, leading phlebologist of the Innovative Medical Center, (Moscow), presented the message: EVLK: Yesterday. Today!!! Tomorrow??? What do we expect from this method? " 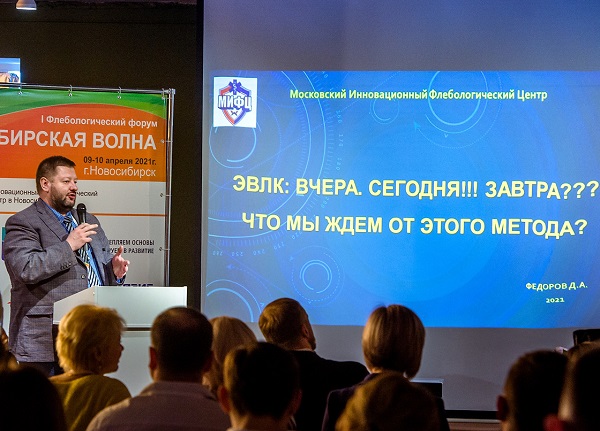 Dmitry Anatolyevich spoke about the evolution of endovascular laser radiation over the past two decades.

Changing the wavelength of laser radiation has resulted in a progressive decrease in the energy required for laser obliteration. In parallel, the evolution of laser light guides proceeded. Dmitry Anatolyevich clearly, with the help of a video, demonstrated the difference in the convenience and ergonomics of working with various types of laser light guides. It is indisputable that a vein can be “closed” with any laser using any type of fiber, but there is a clear difference in convenience, rehabilitation period and the risk of complications. What Dmitry Anatolyevich uses in his own practice today:

What does this give besides the convenience of performing procedures? Simultaneous execution of EVLK of varicose nodes (of the TotalEVLK type).

Dmitry Anatolyevich supported his statements with photo and video materials of real clinical cases from his own practice, and also described in detail the technique of total endovenous laser obliteration. 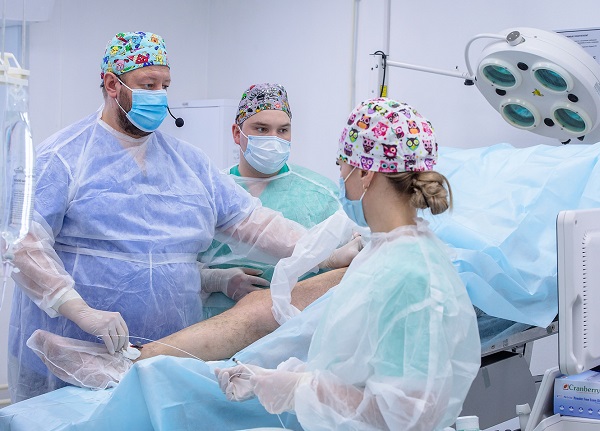 What can we expect from EVLK tomorrow?