Club of phlebologists of Moscow "COMPLEX AND UNSOLVED ISSUES OF PHLEBOLOGY", 02.12.2020

On December 2, 2020, a discussion club "Complex and Unresolved Problems of Phlebology" was held online. 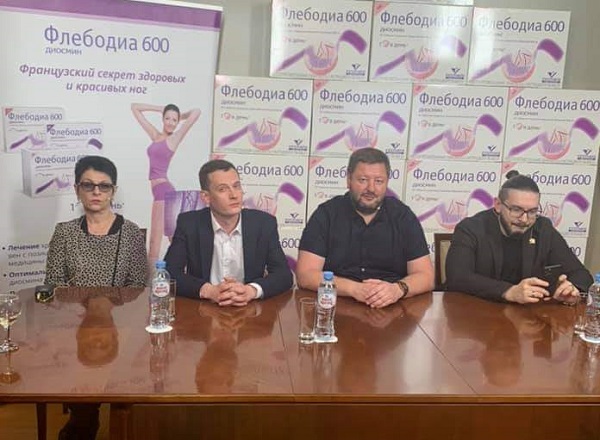 Speakers of the meeting of the Moscow Phlebology Club

Endovascular phlebologists from Moscow took part in the event as experts. Among other things, the leading phlebologist of the Medical Innovative Phlebological Center, Candidate of Medical Sciences Dmitry Anatolyevich Fedorov acted as a speaker.

Dmitry Vladimirovich Bondarchuk, a radiologist at the Scientific and Practical Clinical Center for Diagnostics and Telemedicine Technologies of the DZ of Moscow, (Moscow), presented the message: “Unexpected findings in MRI angiography”. 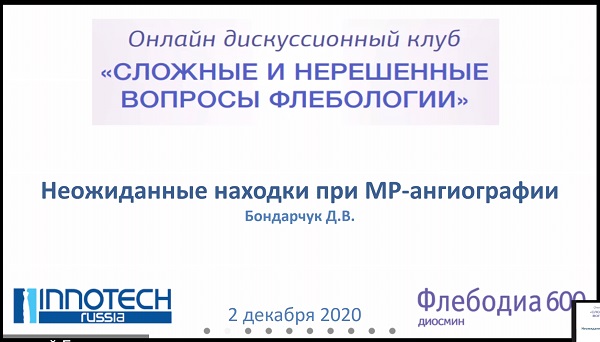 Dmitry Vladimirovich shared interesting data obtained with magnetic resonance imaging of blood vessels over several years of diagnostic practice. Dr. Bondarchuk spoke about a significant number of anomalies and pathologies of the arterial and venous systems, which were found during MRI angiography in patients of the Scientific and Practical Clinical Center for Diagnostics and Telemedicine Technologies of the Moscow Healthcare Department.

Maxim Nikolaevich Yashkin, Candidate of Medical Sciences, surgeon-phlebologist, assistant of the Department of Thoracic and Cardiovascular Surgery with a course of X-ray endovascular surgery of the N.M. N.I. Pirogova, (Moscow), presented the message: "Persistence of symptoms of venous insufficiency after stenting: what to do next?" 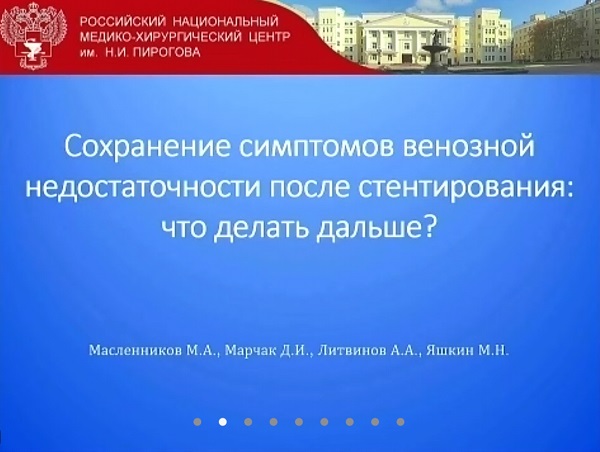 "Persistence of symptoms of venous insufficiency after stenting: what to do next?" - reports Yashkin M.N.

Maxim Nikolaevich shared his practical experience of endovascular treatment of post-thrombotic disease in one of the leading scientific and medical institutions in Moscow. Dr. Yashkin spoke about the complex aspects of endovascular dilatation and stenting of the great venous vessels. These modern procedures are the best mini-invasive solution for the development of post-thrombotic venous obstruction. Nevertheless, even experienced vascular surgeons and phlebologists do not always achieve a good result of treatment. 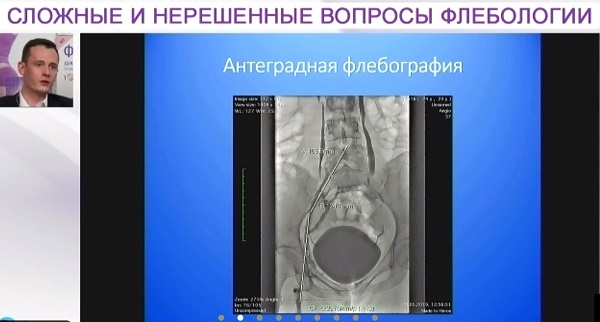 Maxim Nikolaevich spoke about the most difficult clinical cases encountered in his practice. The situations when an expensive procedure does not bring clinically significant treatment results are truly dramatic. It was about such clinical cases that Maxim Nikolaevich told. Dr. Yashkin also spoke about the most optimal solutions to problems arising in the process of treating deep vein pathology. 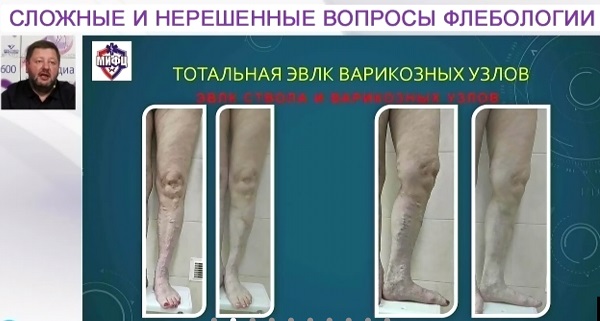 Dmitry Anatolyevich was the first in Moscow and Russia to apply the most modern method of removing varicose veins using laser coagulation. Today, leading European and Russian phlebologists use miniflebectomy and sclerobliteration to remove the tributaries of varicose veins in most cases. Dr. Fedorov decided to deviate from the dogmas and stereotypes existing in the field of phlebology, proposing a fundamentally new solution for removing varicose veins. About a year ago, inspired by the experience of Ints Udris, a leading Latvian phlebologist, Dmitry Anatolyevich applied the technology of total endovenous obliteration in clinics in Obninsk and Moscow.

Today, Dr. Fedorov has performed hundreds of such operations. In the process of gaining experience, the speed of the total EVLK procedure approached the standard miniflebectomy. The nuances and technical features of the technique were described in detail by Dr. Fedorov. The Moscow phlebologist slightly changed the technology used by his European colleague, which had a positive effect on both the convenience and the cost of the procedure. Dmitry Anatolyevich demonstrated the results of endovasal interventions on varicose veins in his report. 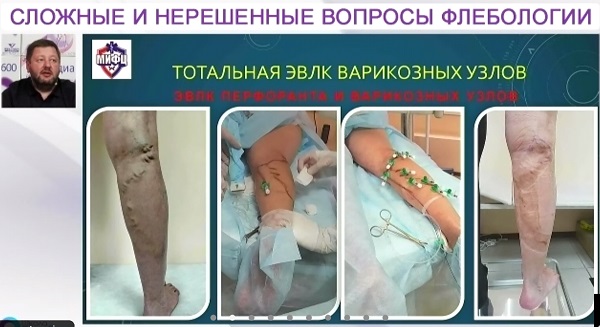 The results of varicose veins treatment by the Total EVLK method performed by D.A. Fedorov.

At first glance, the technology of total endovenous obliteration may seem rather complicated and resource-intensive. This method is not similar to miniflebectomy and sclerobliteration we are used to. Nevertheless, the method of total EVLK shows excellent treatment results, both in the early and long-term periods. Despite some skeptical remarks sounded in the audience of the event, for the first time in many years we saw a fundamentally new and effective approach to the removal of non-trunk varicose veins. 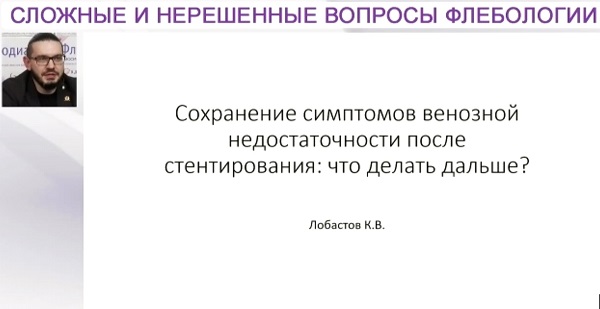 Kirill Viktorovich voiced reviews for each message from the standpoint of modern evidence-based medicine.

In addition to the main reports, the online conference was decorated with a good professional discussion of leading Russian phlebologists from Moscow. 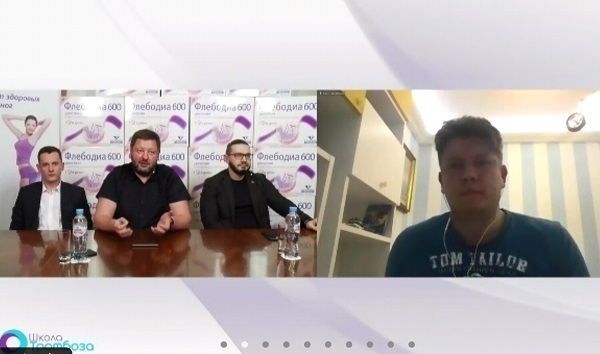 The opinions of experts on many key positions were divided, which cannot but rejoice. Since this speaks volumes about the progressive development of phlebological science in our country.