On September 11, 2021, Krasnodar hosted another event dedicated to unsolved problems and issues of domestic phlebology: "A patient with venous pathology at a surgical appointment: from varicose veins to post-thrombotic disease." 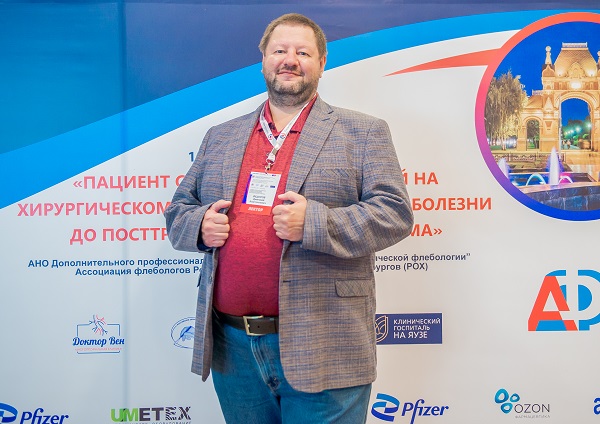 Dmitry Fedorov at a conference in Krasnodar

Leading specialist of the Moscow Center of Phlebology, head of the surgical department of the center, endovascular surgeon, candidate of medical sciences, Dmitry Anatolyevich Fedorov (Moscow, Obninsk) took an active part in the conference. 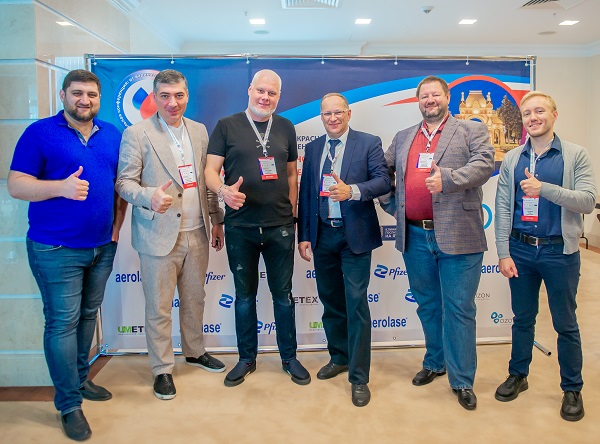 Speakers of the conference in Krasnodar are in a good mood 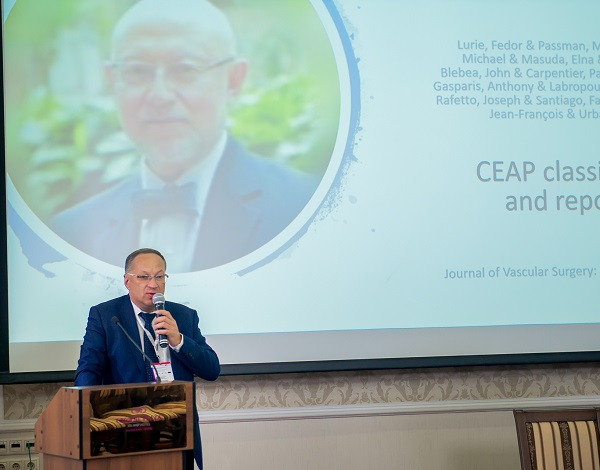 In the first of them: "Phlebology UpToDate", Evgeny Arkadievich announced the changes that have occurred in the national clinical guidelines of the Association of Phlebologists of Russia. In the second message: "How are the views on the treatment of venous thromboembolic complications changing in the era of direct oral anticoagulants?" Dr. Ilyukhin spoke about the trends in the modern treatment of venous thrombosis in Europe and Russia.

Maxim Nikolaevich Kudykin, vascular surgeon, doctor of medical sciences, professor, (Nizhny Novgorod), presented the message: "What do we do wrong when we treat a patient with chronic venous disease?" 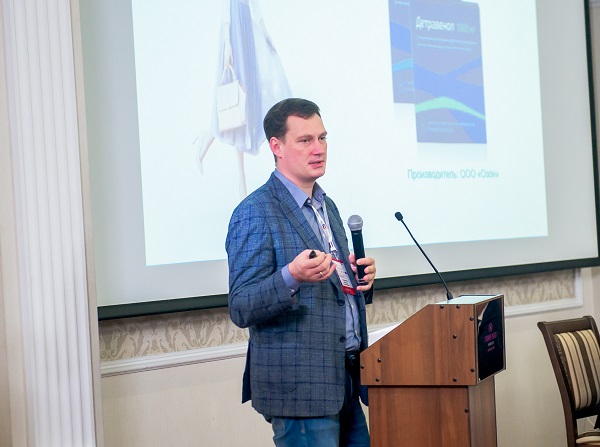 Maxim Nikolaevich devoted a lecture to some aspects of care for patients with chronic venous insufficiency in public and private medical institutions. 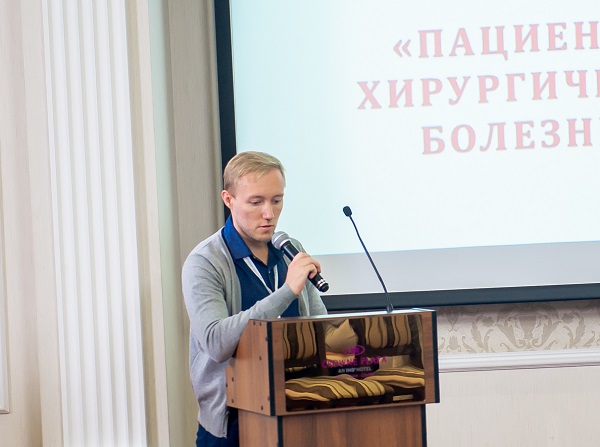 Ivan Sergeevich revealed the importance of such a technique as multispiral computed phlebography in modern diagnostics of venous pathology. Today, this method is the most informative and accurate in the formation of indications and the choice of tactics of surgical treatment for patients with post-thrombotic disease. 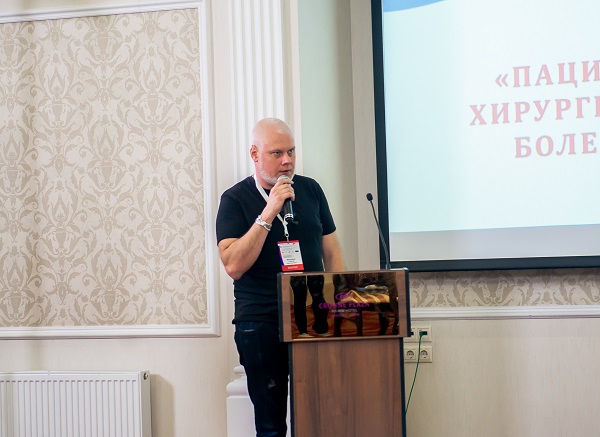 Sergey Nikolaevich shared the aspects of modern treatment of venous trophic ulcers. It is no longer a secret that Dr. Yakushkin is a leading specialist in the treatment of chronic wounds in Russia. It was all the more interesting to hear from Sergei Nikolaevich about the surgery of venous trophic ulcers, the subtle aspects of technology and specific clinical examples of treatment. 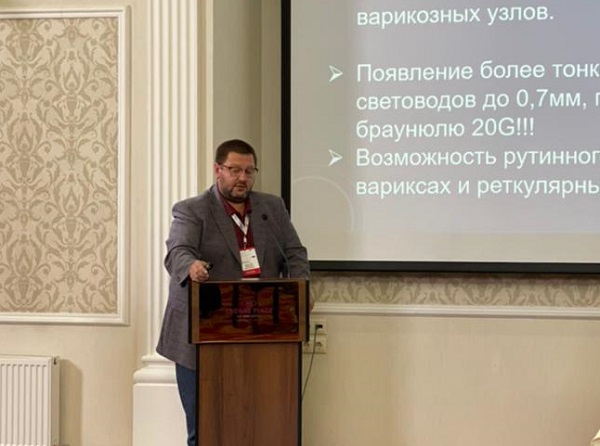 Dmitry Anatolyevich is known in the world of Russian phlebology as an experienced professional who easily solves complex clinical problems. More than two years ago, Dr. Fedorov was the first in Russia to introduce the technology of total laser obliteration into his practice. The technique has shown itself to be extremely worthy. Some practical aspects changed, the intervention time was reduced, and today total laser obliteration has become routine in Dmitry Anatolyevich's practice. Today we can say for sure that this technology is doomed to success. If performed correctly, the total EVLO does not compete, but simply throws miniflebectomy into the dustbin of history. Laser coagulation of varicose veins, which seemed somewhat strange compared to the usual miniflebectomy, has become familiar to many of Dr. Fedorov's colleagues. Today, when doing total laser obliteration of varicose veins and nodes, one can only regret that this technology did not appear in our country earlier. 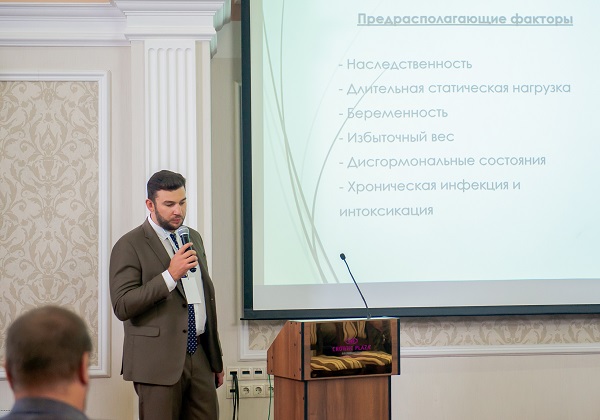 Sergey Sergeevich spoke about trends in innovative treatment of venous pathology, focusing the audience's attention on aspects of aesthetics. 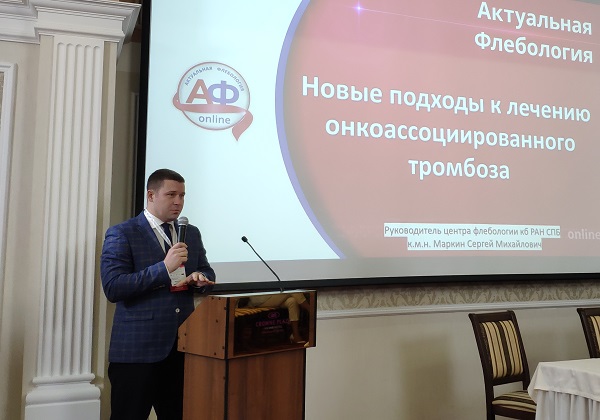 Sergei Mikhailovich spoke about the change in the standards for the treatment of venous thrombosis in patients with cancer. The accumulation of a significant evidence base today allows us to speak about the use of direct oral anticoagulants in this group of patients.

The event ended with a master class broadcast from the operating room by Dr. Yakushkin. The modern Shave-therapy operation on chronic venous ulcer was brilliantly performed.

The event ended with a joint photo of the conference participants and speakers. 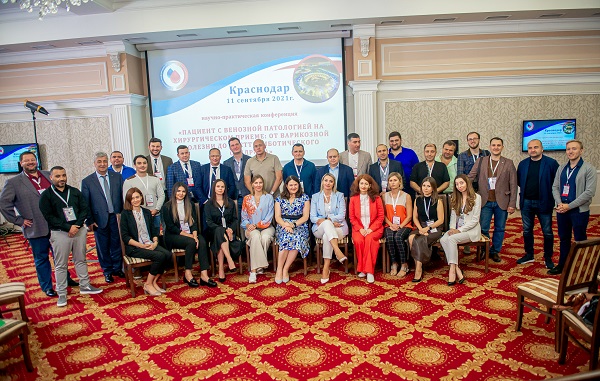 Participants and speakers of the conference in Krasnodar (September 2021)